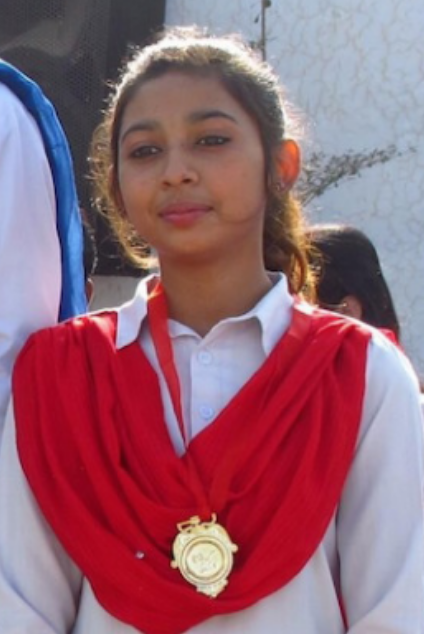 Maira Shahbaz is a 14-year old Christian girl who was kidnapped and raped in April of this year, and now the courts in Pakistan have done the unthinkable – they ruled that her captor has the right to keep her.

It was an emotional scene in the Pakistani courtroom last week. Maria Shahbaz cried for her mother as the judge ordered her to be returned to the Muslim man that kidnapped her at gunpoint, forced her to marry him, raped her and forced her to convert to Islam.

Maira Shahbaz was a normal 14 year old girl who lived at home with her parents and siblings until April 28th. On the afternoon of April 28th at 2 PM, three men with guns approached Maira Shahbaz while she was out walking near her home, grabbed her, threw her into a car, and fired shots into the air as a warning to keep everyone away as they drove off.

Maira’s mother, Nighat, went into shock when she heard the news from the two witnesses who saw what had happened. Nighat had to be rushed to the hospital in Faisalabad.

Maira’s family soon learned that their daughter’s abductor was a local barber named Mohamad Nakash. Mr. Nakash is married with two children of his own, but saw Maira walking around the neighborhood and was attracted to her, so he put together a plan to kidnap her.

When the family learned that their daughter had been kidnapped, raped, and forced to convert to Islam, they immediately called the police. Mohamad Nakash, however, had a different story and reported that he was married to their daughter, she had converted to Islam, and therefore she was his property.

Last week, on August 4th, the high court’s Judge Raja Muhammad Shahid Abbasi sided with the kidnapper. He ruled that Maira would have to stay in the custody of her husband because she was his wife and had already converted to Islam.

Maira’s parents are very poor; Christians make up less than 2% of the Pakistani population and are constantly the focus of persecution in the judicial system. They are cleaners and do not have money to pay for court proceedings. They brought the birth certificate of their daughter and her school records to show that she was underage and, according to Pakistani law, could not marry or change religion without her parent’s consent.

Speaking to Aid to the Church in the UK, Maira’s mother said: “I beg that my daughter be returned to us. I am frightened that I will never see her again.” ACN, which supports people accused of blasphemy in Pakistan with legal and paralegal aid, also spoke to Maira’s older sister. Saira, 16, said “Maira is still a child and has been taken advantage of. She loves singing and I miss her and her singing so much.”

The family’s lawyer, a Catholic, said “The people who do this kind of thing to a young child like Maira are not human beings, but animals.”

Lala Robin Daniel, a human rights activist, friend and neighbour of Maira and her family said, “With this ruling, no Christian girl in Pakistan is safe.”

BTJ has been working in Pakistan for more than 15 years. According to the Movement for Solidarity and Peace in Pakistan, about 1,000 Christian and Hindu girls are abducted every year in Pakistan. Many, like 14 year-old Maira, are forced to covert to Islam, marry their captors, and raise children in captivity.

Leave a reply to Shaolin Click here to cancel the reply