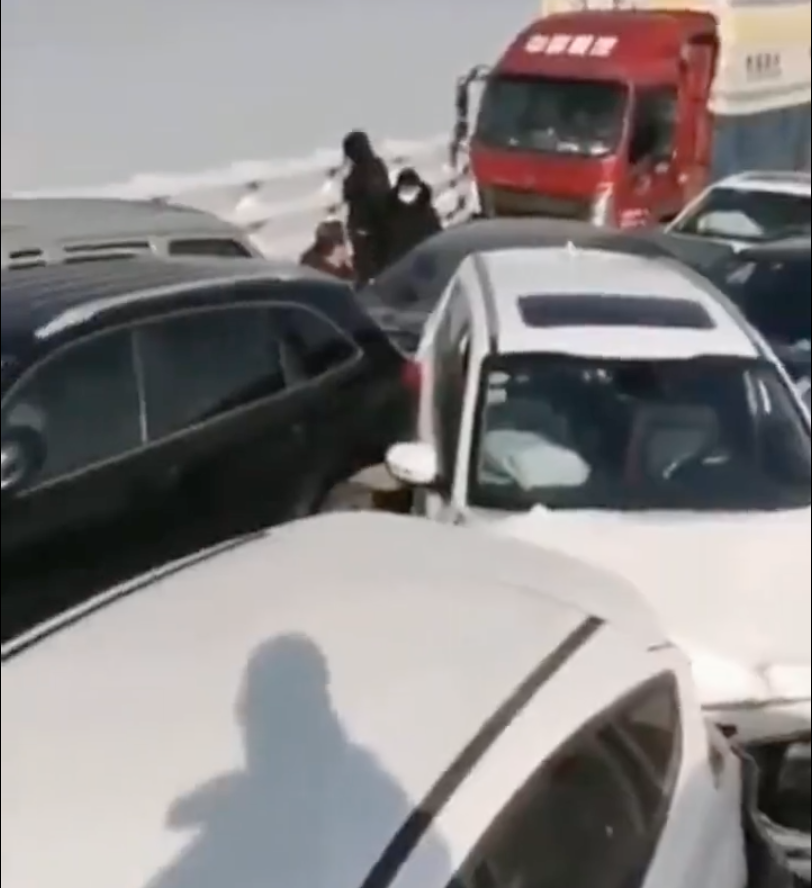 Last Wednesday in the city of Zhengzhou, the capital of China’s Henan Province, thick fog led to mayhem as car after car crashed into one another. The video is insane.  A video of the 200 car pile up was posted last week.  At about 40 seconds into the video, a delivery truck can be seen barrelling through the fog and smashing through a line of wrecked cars.  After seeing so many vehicles meet the same fate, the police and other pedestrians standing by the wreckage barely flinch.

To put the deadly disaster into perspective, one of the largest multiple-vehicle pileups in recent memory happened in Florida on January 9, 2008, involving 70 vehicles.

Henan has been the capital of China’s revival with many of the house church networks springing up out of Nanyang, just south of Zhengzhou.