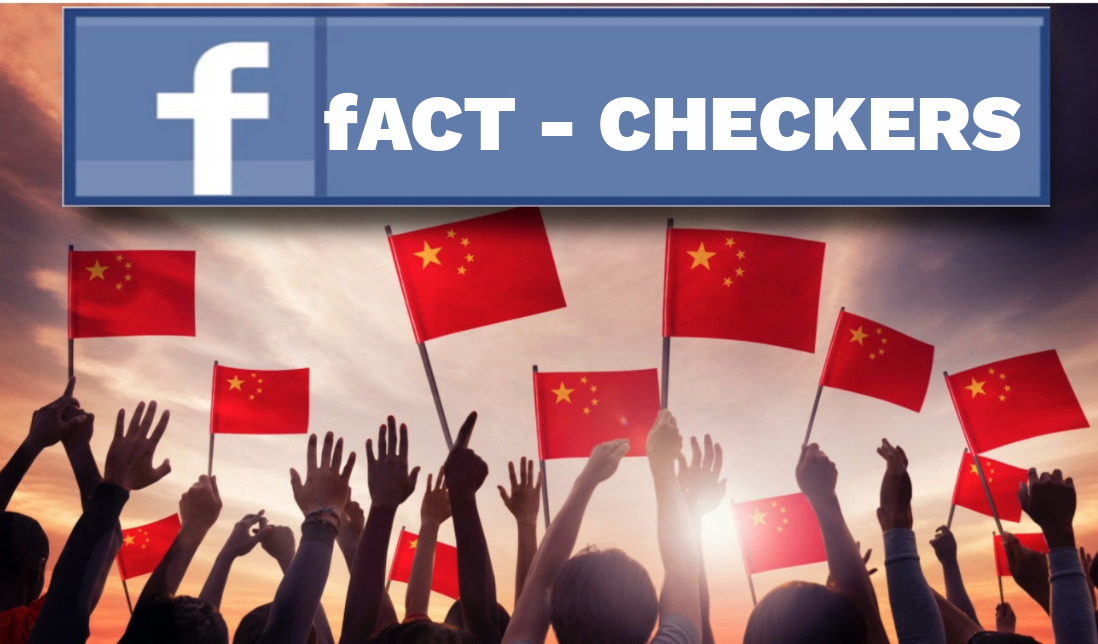 Have you ever been ‘fact-checked’ on Facebook and had your post blocked or censored on something that is not that controversial and wondered why?

I wondered about that after I posted an article last week and it was blocked, because it was checked by Facebook’s fact-checker “Lead Stories” (www.leadstories.com). I looked at the information in the article again and it was indeed correct, so I began to look at the argument that Lead Stories had made and it turned out to be more opinion than fact.

No actual fact was given to dispute the claims in the article that I had posted, but instead, Lead Stories made an argument from a different view (twisted the view?) and on that basis alone, Facebook censored it.

It seemed odd to me, until I looked at the details behind the curtain.

It turns out that Facebook’s “fact-checking” partner, Lead Stories, is actually partly funded by money funneled in from a Chinese company called ByteDance LLC. It is the same company that owns TikTok, and has been banned by the US government for use by government employees and also banned from India because it has been deemed a security risk.

ByteDance was listed as a Lead Stories supporter, as shown on this screenshot from 2020: 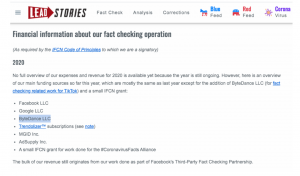 Just to be clear, ByteDance is in direct partnership with with the Chinese Ministry of Public Security for the ministry’s public relations efforts, which is the same department that has been launching attacks against Christians in China for decades and now they are funding Facebook’s fact checkers!

ByteDance is not in the entertainment business. It is in the news censoring business. ByteDance is in a joint venture with a Chinese state-run publisher in Beijing, a media firm in Shanghai, and runs Toutiao (China’s largest government censored news platform).

So, if Facebook’s “fact-checking” partner, Lead Stories, is supported by Chinese funding, it should come as no surprise that the posts made by Christians in the future will be increasingly censored.

This is one of the reasons why BTJ started DingDash, a free social media platform. DingDash was built by volunteer Christians who do not want to have their posts censored by big tech or Communist governments. Unlike Facebook, DingDash does not use fact-checkers that are partly funded by the Chinese government.