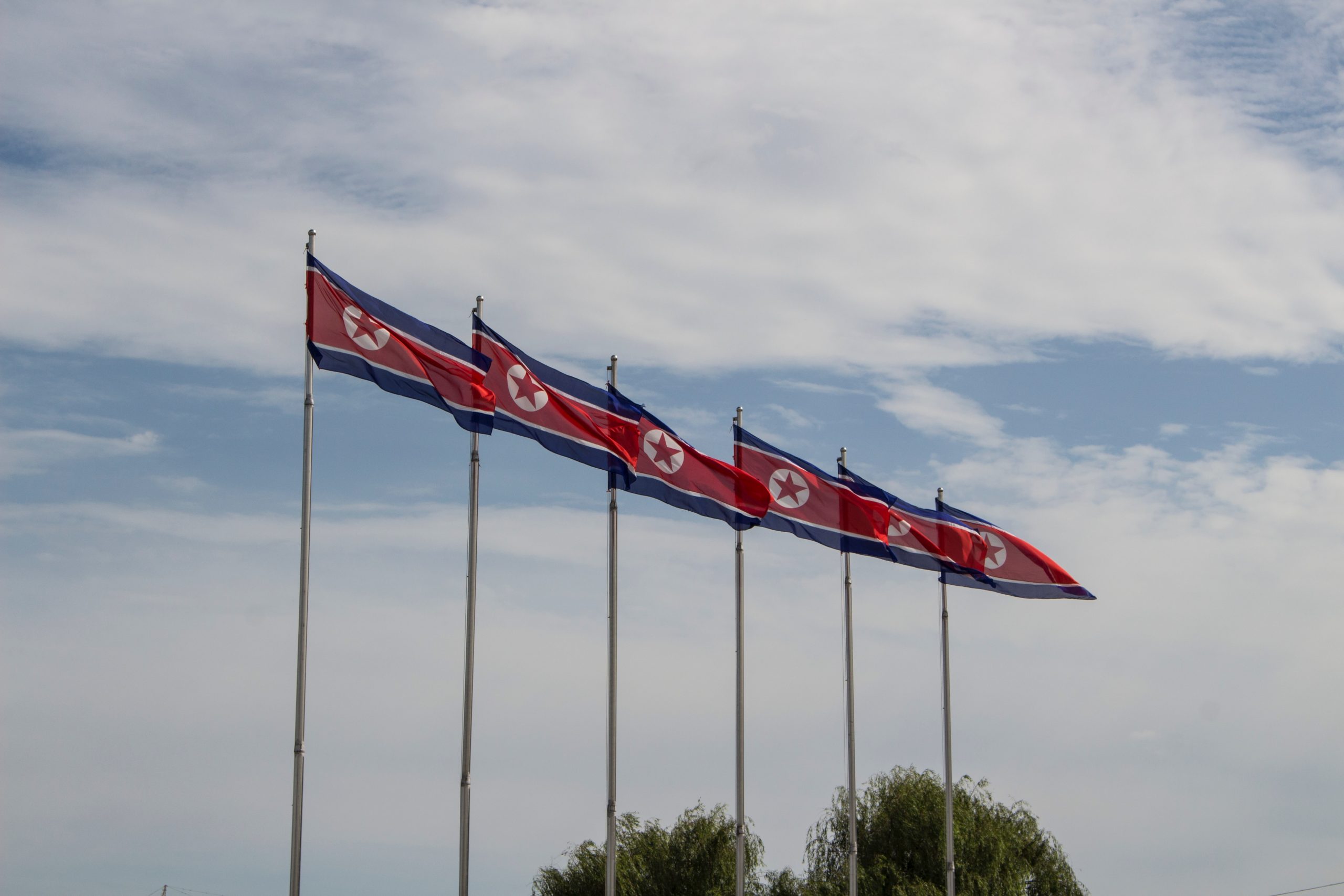 It was an unusual picture. A Russian diplomate, his wife and children and a bunch of suitcases on a hand powered railway trolly, pushing their way over the North Korean- Russian border.

They were part of a small remaining expat community in Pyongyang, North Korea’s capital. Since China’s first Covid outbreak, North Korea has shut its borders, in an attempt to keep the virus out. Although there are several indications that this was not entirely successful, it seems that North Korea has been spared the nationwide community spread of the disease, which has affected so many other countries.  A necessary win for a country with a very underdeveloped health system and a population vulnerable to infection from widespread malnutrition.

It has come at a very high cost, however. North Korea’s economy has relied for decades on trade with China. In spite of having Self Reliance as a core value of its ideology, North Korea was unable to produce enough food to feed the population. China supplemented this shortage, and other countries, such as South Korea, also used to donate large quantities of rice. But with borders shut, only the World Food Program has been allowed intermittent access and worries challenges will remain for 2021. 500 000 people received some form of food aid in 2020 from the WFP, but in a country with an estimated 10 million malnourished, that is not a lot.

The departing Russian diplomat, Alexander Matsegora, painted a stark picture. In Pyongyang, shops are running empty, it is difficult to even get basic foods like flour, pasta and oil, clothing and shoes are hard to find and prices are 3-4 times what they used to be.

It is clear that the border lockdown is unsustainable. If diplomats in Pyongyang struggle to get their basic needs met, it is not hard to imagine what that means for ordinary people not living in Pyongyang. It seems the Covid crisis has been harder on North Korea than even the frequent natural disasters and the UN sanctions. The pressure on people has been relentless. What will it take before something has to give?

Over the past couple of years, new prayer movements in South Korea and other nations have been gathering momentum, praying for the opening of North Korea to the gospel and preparing missionaries, many of whom are North Korean refugees. Christians from all over the world have joined them in prayer, financial support and in being trained themselves. At the same time, it seems that the Christian humanitarian and business ventures that had been built up inside North Korea over the past decades are suffering now that most foreigners have had to leave. It is unclear what will remain of these efforts once the country opens up again.

Please pray for our North Korea BtJ workers in this very tough time and for God’s intervention on behalf of this nation. May we see a time when North Koreans have both food for their bellies and the Living Bread for their souls.