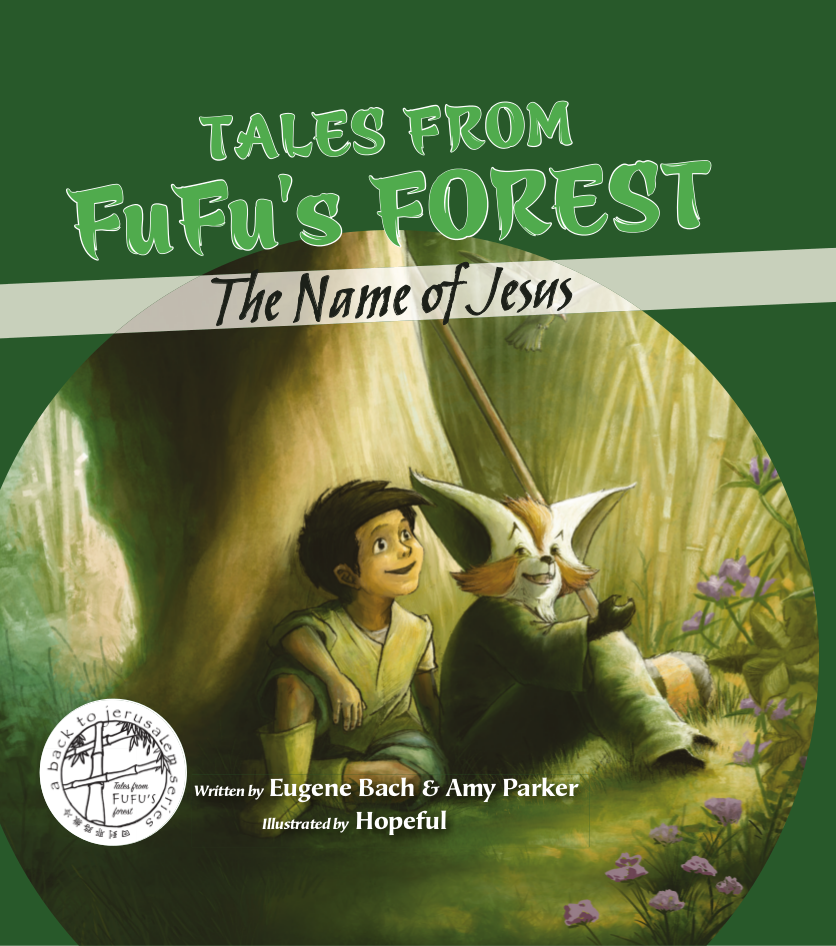 Too Good to Be True
by Amy Parker

When I first started working with Eugene Bach to help write children’s books for Back to Jerusalem, it all seemed too good to be true. He already had the series overview, there were no crazy deadlines, and they immediately accepted my proposed fee. They were kind, encouraging, easy to work with, and for some reason, they would allow me to play a small part in this amazing work they were doing to share the Gospel in the darkest countries on earth. Too good to be true?

Then, Eugene started sharing these “True Stories Told by Fictional Characters” for the Tales from FuFu’s Forest series. Wait, these are true stories? I thought. These were stories of miraculous healing, divinely assisted escape, visitations from Jesus—just like the stories in the Bible. But instead, these were real-life stories from missionaries on the field today. They couldn’t really be true, could they?

My disbelief was convicting. Why would I doubt that the God of the Bible was here and now, acting as He always has?

Over the years, with every story, every word, every interaction with Back to Jerusalem, my faith has grown. And I no longer doubt the stories that Eugene sends. I’ve heard miraculous stories from the mouths of those who witnessed them. I’ve come to see and know that God’s Spirit is truly alive and active and searching for every last, lost sheep in this world. And He will do whatever it takes to find them and bring them home.

The latest release in the Tales from FuFu’s Forest, The Name of Jesus, is no different. It’s yet another miracle from another missionary, a story that will sound a lot like Acts 28. It is a story that, if you ever struggle with doubt, you’ll walk away from with a newfound belief in the power of the name of Jesus.

It’s also story that jumped a lot of hurdles to make it to you. It was held up for weeks by the printer, because the Bureau of Surveying & Mapping in China wanted a revision to the map in the book. Seriously. Then, once they were printed and safely in the States, they sat off the coast of California for weeks, just waiting. After a while, I got the feeling that someone out there doesn’t want this book to make it into your hands. And that’s all the more reason to get one.

Don’t let the illustrations fool you: these aren’t just books for children. (Children often aren’t the ones who hesitate to believe.) These are books for me and for you, grandparents and grownups and little ones alike, miracles delivered in manageable portions for our minds to truly understand and believe. They’re books that I hope will revive our families with an unwavering belief in an omniscient, omnipresent, omnipotent God who is actively loving and fighting for His children.

Over the last seven years, we’ve published seven books in the Tales from FuFu’s Forest series, each as unbelievable as the last, all about missionaries who have faced unsurmountable odds and lived to tell their stories. And through them all, I—the one putting the words on the page—have learned and grown more than anyone. I’ve come to know, without a doubt, that the God of the Bible is the God of today. And every day, He is out there providing ground support to those who are fearlessly leading the Great Commission. He is doing what He always has: providing good and perfect gifts that are all too good to be true.

The Tales from FuFu’s Forest

Christmas in Prison
The true story of Brother Yun, who helped others to find freedom within the walls of prison

Safe in the Storm
The true story of a bold missionary, whom God kept safe through even the fiercest storm

The Power of Love
The true story of Tenzin, a monk who became a Christian