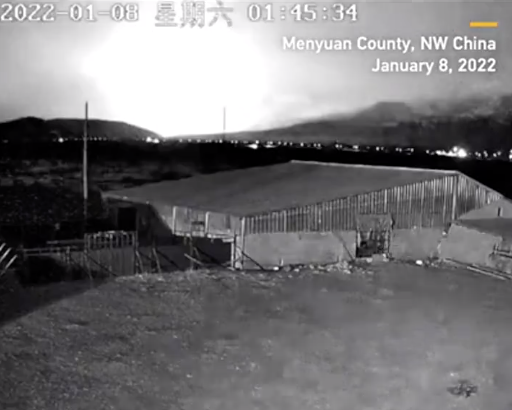 The strange event caught on video can be seen here:

The earthquake hit at 1:45 am on the morning of January 8th. Tremors continued shaking the houses in the area.

The earthquake was reported around the world, but now there is security camera footage of a mysterious flash of light coinciding with the earthquake, which is causing some to ask questions…