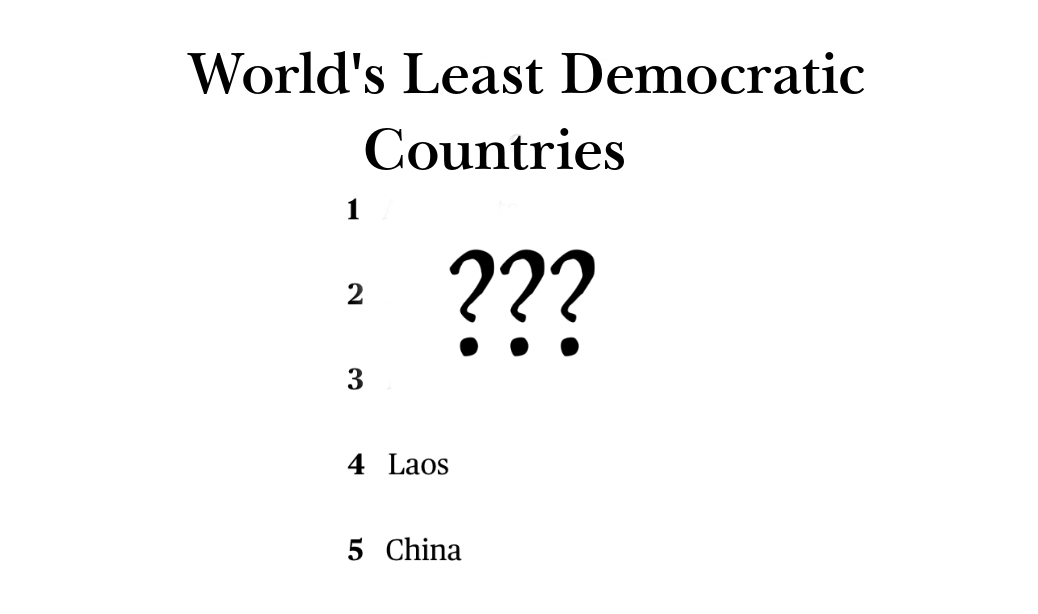 During the pandemic over the last two years, democracy has taken a tumble in many nations around the world. While Covid-19 has been frightful for some, the disease was a gift to many aspiring tyrants who were looking for the perfect excuse to seize unquestionable power. In the name of public health, citizens around the world lost freedoms to power hungry leaders.

According to a report released by Bloomberg, the percentage of people living in a democracy last year drastically fell from 49.4% to 45.7%.

Democracies are important for Christians, because though they are not a perfect gage to evaluate the level of religious freedom, they are a great indication. Sharing the Gospel message in democratic countries has traditionally been easier than non-democratic nations. Christian nations were among the first to adopt the democratic political system on a large, influential scale.

In this way, North Korea is known for being both the most oppressive nation for Christians in the world and the least democratic, even though the official name is Democratic People’s Republic of Korea. North Korea is neither a democracy, nor a republic.

According to the report, North Korea has been bumped from the top spot, (or bottom spot as it were) and two countries have taken the most notorious spot for the least democratic nations in the world.

Afghanistan is now the least democratic country in the world and is also one of the worst nations to be a Christian in today. Afghanistan is followed by Myanmar in second place and North Korea in third.

According to the report,  China is not far behind in the bottom fifth spot and Hong Kong makes the bottom of the list for the first time: