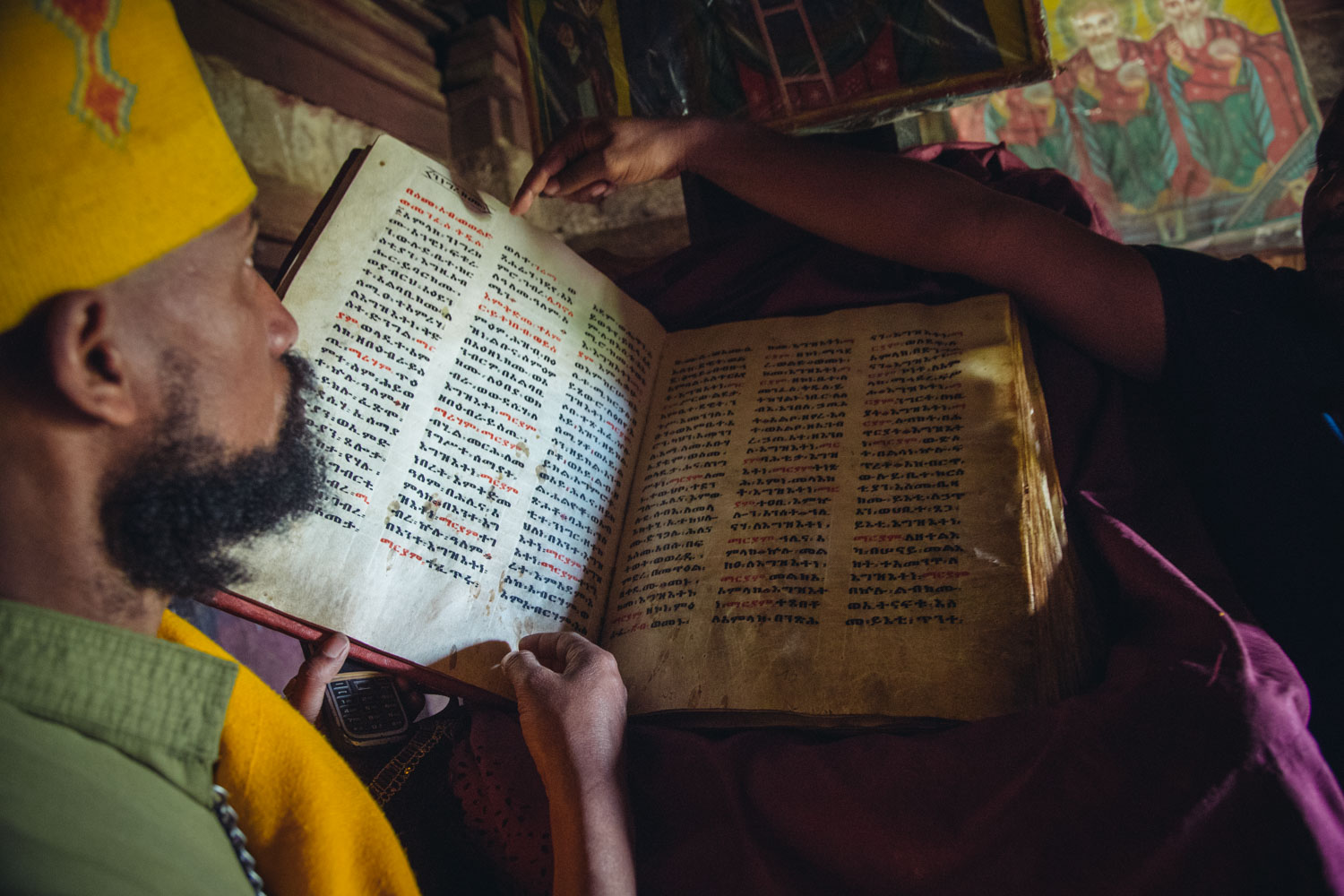 Following the footsteps of revival from where it started in Jerusalem at Pentecost, has brought the Back to Jerusalem team in some pretty unexpected places. In some of the early Christian strongholds in the Middle East and North Afrika, the church was all but wiped out or marginalized under Islamic rule. But one church in Africa is a different story. It traces its roots far beyond Pentecost, back to the reign of Solomon. Its people are mentioned several times in the Bible, and at least some of them are recorded as being present when the Holy Spirit was poured out in Jerusalem. Acts later records how one of the country’s officials meets the Messiah, just before returning to his homeland, rejoicing. Meet the church of Ethiopia.

‘We have been Christians for three thousand years’, the guide states proudly. But Christians have only been around for just under 2000 years, or have they? The revelation of the Son of God in Jesus the Messiah was certainly a new chapter, but not a new story. The story of God revealing himself and people seeking him begins at the dawn of humanity. For the Jewish people it was Abraham, called out of a city of idolatry, to become a father of those who believe in the one God. For the Ethiopian people, it was a woman, the queen of Sheba, who heard of the splendor and wisdom of Solomon and made the long journey to see for herself. She brought back to her country the knowledge of the true God and introduced Judaism.

The Biblical spotlight returns in Acts 8, when an Ethiopian official is found by Philip on the road. He has been on a pilgrimage, bringing back with him an undoubtedly very expensive souvenir, the scroll of the prophet Isaiah. The Holy Spirit very intentionally steers Philip towards him, and as he gets in the chariot, explains how the scripture he is reading describes the coming of Jesus. The official receives this fresh revelation of the God he has served with an open heart, is baptized on the spot and takes the message back to his home land.

This passage confirms that even a thousand years after the queen of Sheba, there were people, important people, in Ethiopia serving the God of Israel. We also know that probably starting from the time of Solomon, but also later during the exile, groups of Jews have settled in Ethiopia. Some of them became Christians as the gospel spread through the country. Many remained Jewish, living then at peace, then at odds with the Christian kingdoms. In different eras, there have been independent Jewish kingdoms in what is now Ethiopian territory. In the last decades of the 20th century, most remaining Jews in Ethiopia were brought to Israel in massive repatriation operations. But even without many Jews left in the country, Ethiopian Christianity has retained many Jewish traditions. That is not surprising considering there has been such a strong spiritual and historical link with Israel for millennia.

With this historical background in mind, we can read the story of Philip and the Ethiopian official in a new light. Before the apostles had left the holy land to reach out to the Gentiles, before Peters vision and Cornelius conversion, before Paul set off on his missionary journeys, there was this Ethiopian, worshipping the God of Israel, and this God made sure he was noticed and heard the good news. God’s special grace reaches out to a people that had been seeking Him. And that are still seeking him today.