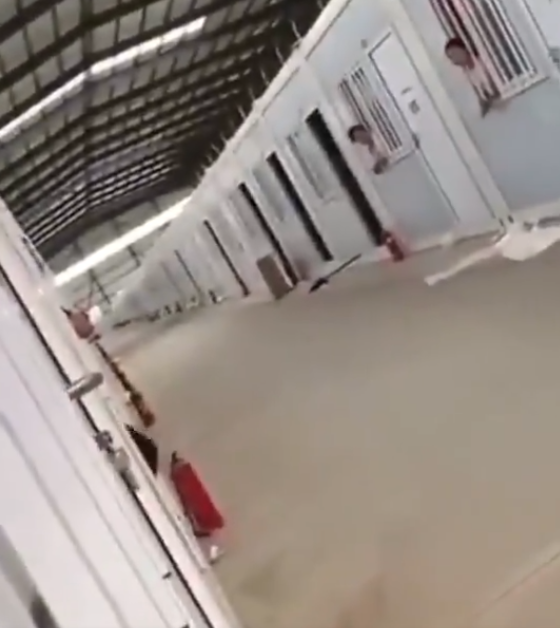 China is using extreme lockdown measures to control the spread of COVID-19. Shocking videos have been leaking out of the country, of healthy Chinese citizens being locked up by police and forcefully sent to quarantine camps, entire high rise buildings being locked down without access to food, and in one case – a man is even tied to a tree by police when he went outside for a walk, as seen in the picture below, taken from a video clip. 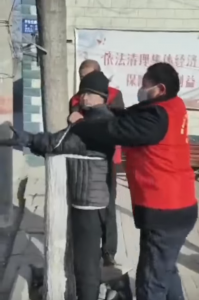 One video that has been shared on Twitter, shows a type of government quarantine camp that has been implemented in almost every city in China, where healthy citizens with no Covid symptoms are taken and put in solitary confinement. Young children are separated from their parents, married couples are split up, and individuals are forced to stay in solitary confinement for weeks and sometimes even months at a time.

2/ Some people are locked inside their homes. Others are taken to centralized quarantine.

At least they are being fed at the second facility shown in the video, and each inmate even has a yard.

The majority of the citizens forced to stay in the camps do not even have to test positive for the COVID-19 virus, but only have to be ‘suspected‘ of being exposed to someone who has tested positive. Suspicion alone of being exposed to the virus is enough for police to force citizens to be rounded up and sent to quarantine camps.

On June 9th, a video was posted showing families locked in an apartment complex without food, crying out their windows and begging for help, but getting no response. The apartment complex is located in China’s southern city of Guangzhou.

People in China are being locked in their homes without food.

These families are crying out for help but they are getting no response from the officials who are standing outside guarding the entrance to the apartment.

Even with the vaccines being rolled out, and the understanding that most people under 35 are not affected much by the virus, the situation in China still seems to be growing more extreme every day.