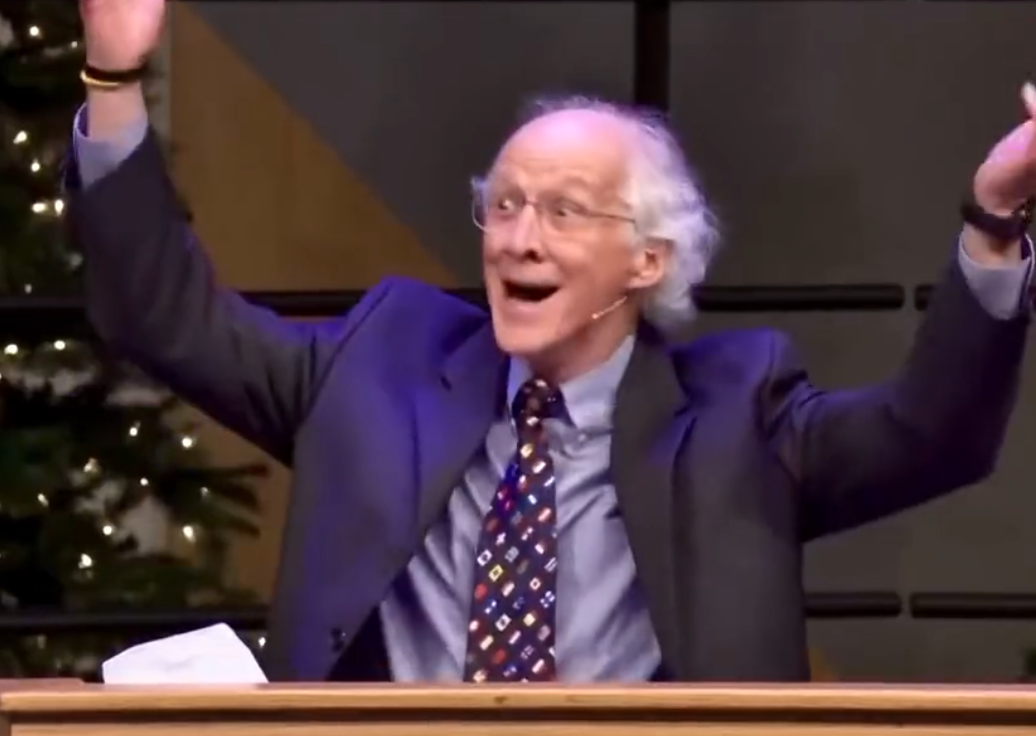 John Piper shares something in common with the underground house church pastors in Henan Province, China – he is a passionate preacher.

In fact, John Piper, a 76 year old preacher, preached so passionately that his Apple Watch thought he had fallen down and was making an emergency call, before John stopped in the middle of his sermon and told the watch that he had indeed not fallen.

“God is God!” John said excitedly waving his arm high in the air before pausing in the middle of the sermon saying, “…you know what? My phone is telling me I fell down.”

John Piper’s watch has an SOS emergency feature that can be accessed by opening an Apple Watch app on your iPhone, then tapping the My Watch tab and tapping Emergency SOS. If the watch detects a hard fall it sounds an alarm, and displays an alert and offers to contact 911.

Before his watch called 911, John yelled into his watch “I’m OK.” Bewildered, he continued, “This has happened twice in my life,” John said to the audience, indicating that he has passionately preached so hard in the past that his watch thought he had fallen down then as well.