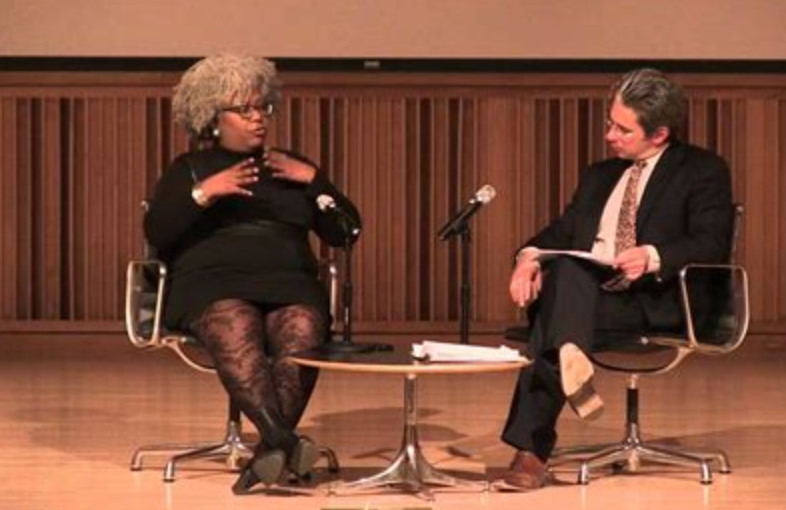 Ivy League Professor, Anthea Butler, from the University of Pennsylvania, claims that being an Evangelical is really “code for being white.” There is one huge glaring problem with Professor Butlers claim – most evangelical Christian believers are not white, but are African and Asian.

Professor Butler was featured on a panel hosted by the University of Virginia to talk about her book, “White Evangelical Racism: The Politics of Morality in America.” Unfortunately, no one present on the panel seemed to be aware that the majority of Christians in the world today are not Americans, but are Asians and Africans. No one at the panel cared to point out that the largest church in the world today is in South Korea, the largest Christian population is in Africa, and the world’s largest revival is in China.

The Center for the Study of Global Christianity at Gordon-Conwell Theological Seminary has announced amazing news. Their studies show that the impact of missionaries is making huge gains and the Good News of Jesus Christ is spreading around the world – regardless of color or nationality! The study shows that the demographics of Christianity have changed and the majority now live in Africa, with 631 million Christians currently making up 45 percent of the population.

Not only do most Christians live in Africa, but on the subject of morality, which Professor Butler brings up repeatedly, Pew Research has found that African Christians are the most committed to the Bible and its authority on morality.

Back to Jerusalem is celebrating one hundred years since the vision was born in China in 1921. One hundred years ago, 90% of the world’s Christian body was in Europe and the Americas, but today that is not the case. Today, more than 60% of the world’s Christian body (including evangelicals) are in Africa and Asia – not America.

Professor Butler went on to say that Christian Evangelicals are a threat to the human race and “may end up killing us all.”

“As much as I hate to say this, I’m going to put it this way. If evangelicals don’t change, they pose an existential crisis to us all. They have divided the nation politically. They don’t want to believe in climate change. They don’t want to get vaccines as we’ve seen in The New York Times. They are part and parcel of the reason why we cannot move forward, because they say they have religious beliefs. But this is religious recalcitrance. It is not something that is about belief and is not what they believe theologically. It is about a positionality, that they have that they have chosen to have, that is taking us all over the brink. And because they are being selfish and because they don’t care, their racism, their sexism, their homophobia, their lack of belief in science, lack of belief and common sense may end up killing us all.”

It is interesting to note that the Chinese Communist Party feel the same way about the evangelical Christian threat in China as Professor Butler does about the Christians in America.

This is not the only area where China and Professor Butler agree. She goes on to share about the dangers of capitalism in relation to evangelical Christianity, saying “Pentecostals turn evangelicals to prosperity gospel people, and that blended in with their kind of capitalist ideas. And that’s why you get Amway and all the rest of the stuff that’s really crazy in these high-level marketing things that all these churches still engage…”

Not only is Professor Butler ignorant of the fact that most Christians in the world today are not white, but she also fails to recognize that her job at the University of Pennsylvania was started as a dream in 1740, when a group of evangelical Christians came together to erect a great preaching hall for the evangelist George Whitefield. The preaching hall was the largest building in the city at the time and hosted thousands of people who came to give their heart to Christ. That preaching hall soon turned into the University of Pennsylvania.

Why doesn’t Professor Butler recognize Africans and Asians as evangelicals, even though they represent the majority of the world body of believers? Are they not important enough to be recognized by an elite professor? Perhaps the fact that they are being ignored by the mainstream elite is the very reason why they are making the biggest gains in world missions.