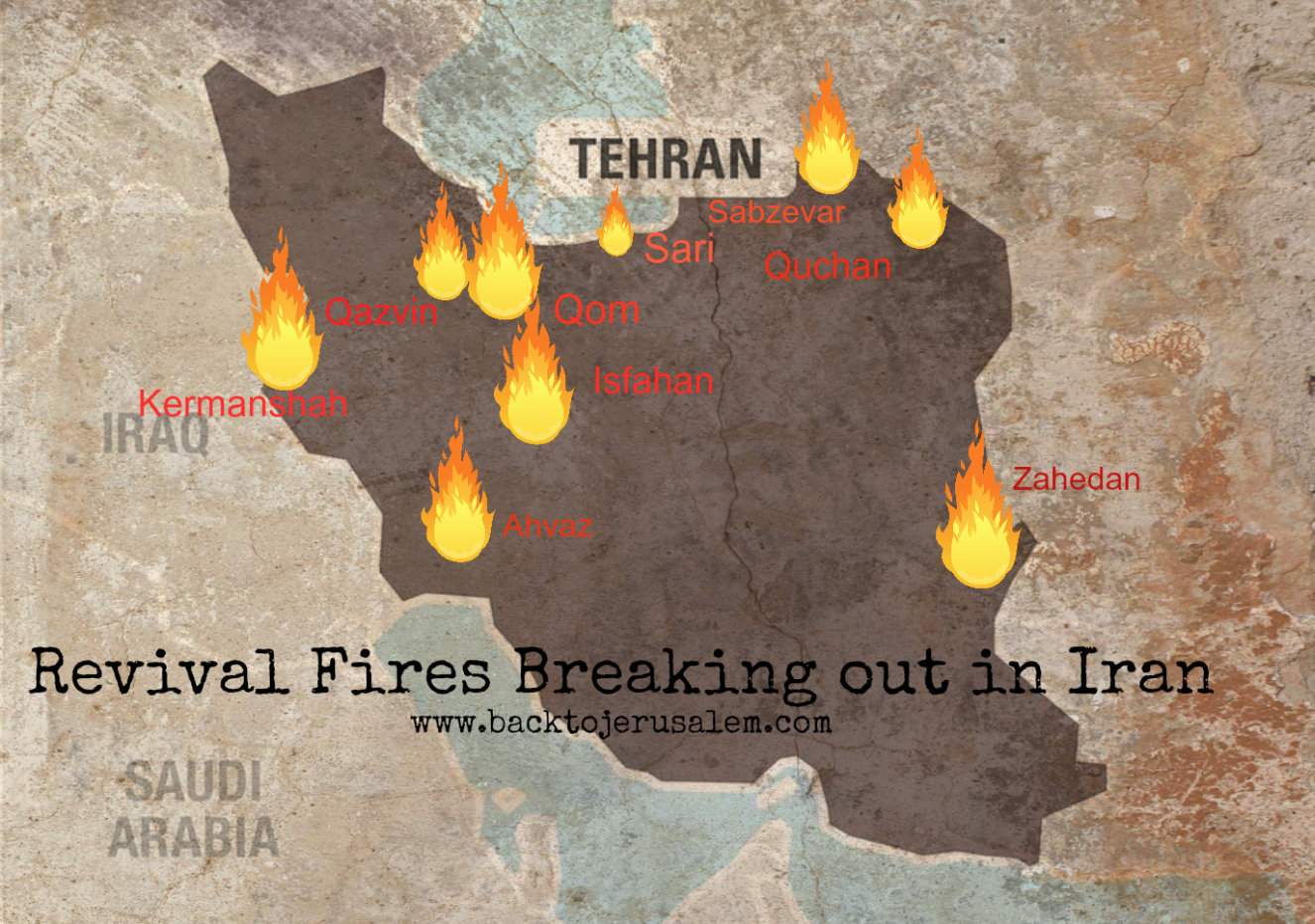 The Islamic regime in Iran that has held the people hostage for decades might be showing new signs of falling. People have been protesting in the streets all across Iran for two days straight in spite of the fact that there are massive consequences for protesting the Islamic government. 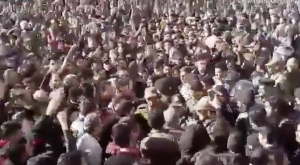 Pictured above is a screenshot from a social video shared from the protest.  The protests started out small, mainly about the raise in prices and taxes, but have started to grow into something much much larger.

The protests are taking place in the same areas where there is revival taking place. There are protests rising up in the cities of Qom, Ahvaz, Isfahan, Zahedan, Qazvin, Quchan, Sari, Qaemshahr, Rasht, Hamedan and Sabzevar. Thousands are taking to the streets in these protests.

One of the cities where the protests are most prominent is in the town of Kermanshah. Back to Jerusalem is currently support young missionaries in Kermanshah to support the earthquake victims. Our teams are providing aid, praying for the sick, and planting churches.

The Islamic Regime has been persecuting Christians in the largest revival in the Muslim world for years and now we can see a crack in the system. The young people, who make up a majority of the population, are not willing to submit to the Islamic regime any longer.

This a huge development. The nation is turning on their Islamic leaders.

Many of the protestors are sick and tired of the attacks on Israel and Lebanon. They are surprisingly shouting, “Death to Hezbollah.”

Hezbollah is a terrorist organization supported by the Iranian government for the destruction of Israel. Iran has been involved in proxy wars in Syria, Iraq, Palestine, and Yemen.

The people are starving – with more than 35% living below the poverty line. Taxation is being raised. Money is being spent on the military. The situation has been exacerbated by President Trump who has increased pressure by not renewing the nuclear treaty with Iran.

In the city of Isfahan, a city that BTJ just held a baptism a few months ago with Brother Ren, Young people have been heard chanting, “We do not want an Islamic Republic.”

In the city of Ahvaz, people chanted,“Death to the dictator”, and “The nation is destitute while the leader is acting like God”.

In Qazvin, the protesters chanted “The mullahs’ must be killed”.

In Tabriz, despite extensive mobilization of government forces to prevent mobilisation, people took part in protests and chanted “Death to the dictator”.

Supreme Leader Ayatollah Ali Khamenei is seeing a movement that he must get control over before it catches on in the rest of the nation. This is the day that they have been fearing.

Many are pointing out the similarities between these spontaneous protests and the protests in 2009, but the massive protests that broke out in Iran in 2009 went largely ignored with zero support from the west.

That is not the case today. President Trump gave signals today that he is standing together with the people of Iran in their protests.

Iran has been flush with cash for almost two years from Europe and America. This gave new life to the Islamic regime. In January of 2016, under President Obama, America loaded up pallets of cash to the tune of almost $2 billion USD and secretly flew it in on airplanes. Altogether it is thought that America alone released more than $33 billion dollars in cash – infusing one of the most dangerous regimes in the world to wage war against other nations in the region and Israel.

But the money seems to have not been enough to help alleviate poverty in Iran.

Please continue to pray for the situation in Iran. This might be a once in a life time breakthrough for a people that have been suffering under persecution for decades.

Please consider helping to aid the revivals that are taking place by supporting Bibles. BTJ delivers tens of thousands of Bibles in Iran every year. You can join this effort by clicking here: