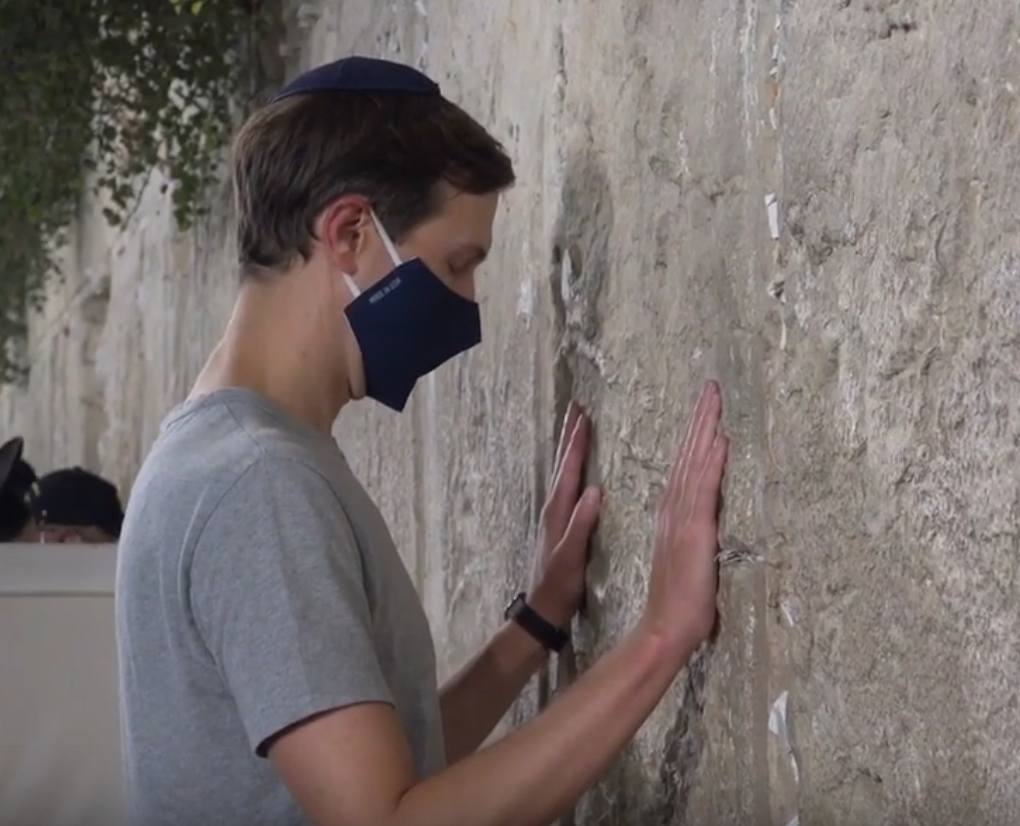 President Donald Trump has a secret weapon that few recognize – his son-in-law, Jared Kushner, who could be setting the stage for end-time prophesy as foretold in the book of Daniel.

Jared is the grandson of Holocaust survivors and is a devout Jewish believer and is no doubt familiar with the prophesy of peace in the last days, as prophesied in the Book of Daniel. Jared is also a senior advisor to President Trump and might be the best kind of secret weapon – the quiet and unassuming kind.

Daniel foretells a time of peace prior to the return of the Messiah. In terms of peace in the Middle East, Jared has done things that no one thought possible and has brought more change to the Middle East in the last three years than anyone else. He has succeeded where many have failed.

Jared did what no one else could accomplish when he led the detail on the historic first ever flight from the UAE to Israel last week, to promote a new peace deal between the two nations. This is a historic moment of peace that has not been seen before. “We have a couple who were upset that they weren’t first,” Kushner said during an interview at the White House, indicating that there are other Middle Eastern countries that want to do the same thing. “But … we will work very hard to create more and more normalizations over the coming time ahead.”

Jared has also been quietly working on peace with Saudi Arabia and has orchestrated a controversial military cooperation that has led to their partnership and isolated the Palestinians. Saudi Arabia has joined Kushner and, for the first time ever, has opened up their airspace for Israeli commercial flights.

Jared helped lead the historic uphill charge to move the American Embassy to the Israeli capital city of Jerusalem. All the top ‘experts’ in the media screamed that Jared was inexperienced and his amateur move would bring about a blood-bath in the Middle East. The embassy moved in May 2018, Jared was there for the historic moment, and peace soon followed.

There are far fewer rockets being shot into Israel these days after Jared helped to cancel hundreds of millions of dollars in annual aid to the Palestinians, which was being funneled to terrorist efforts in Gaza Strip and the West Bank (https://www.jewishvirtuallibrary.org/palestinian-rocket-and-mortar-attacks-against-israel). This helped to counter balance President Obama’s clandestine activities in his final hours as president, when he secretly sent $221 million to Palestine. President Obama sent this funding after his efforts to illegally interfere in a foreign election and overthrow Israeli Prime Minister Benjamin Netanyahu (by sponsoring the opposition party with manpower and $350,000), failed. Jared had the new idea that one cannot support terrorism while trying to negotiate peace at the same time.

Jared helped to draw up an 80 page peace plan for Israel and Palestine, that had never been done before. He stopped the funding that fueled their terrorism, and is now isolating their bad behavior by partnering with other Middle Eastern nations that are willing to independently work on peace with Israel.

Jared is now on mission impossible, working through back channels to bring Iran back to the negotiation table to bring a new level of peace. Two weeks ago, Jared openly said, “For President Rouhani, I would say it’s time for the region to move forward. Let’s stop being stuck in conflicts of the past. It’s time for people to get together and to make peace.”

As Christians, we need to join Jared Kushner and actively pray for the peace of Israel and, just as the early church searched the Scriptures to understand the times they were living in, we need to do the same.

Back to Jerusalem believes that we can complete the Great Commission in our lifetime – another precursor to the return of Jesus Christ. It is important to keep alert to remember the words of Paul, “praying always with all prayer and supplication in the Spirit, being watchful to this end with all perseverance and supplication for all the saints— ”

–image is Screenshot from YouTube clip this week in Jerusalem