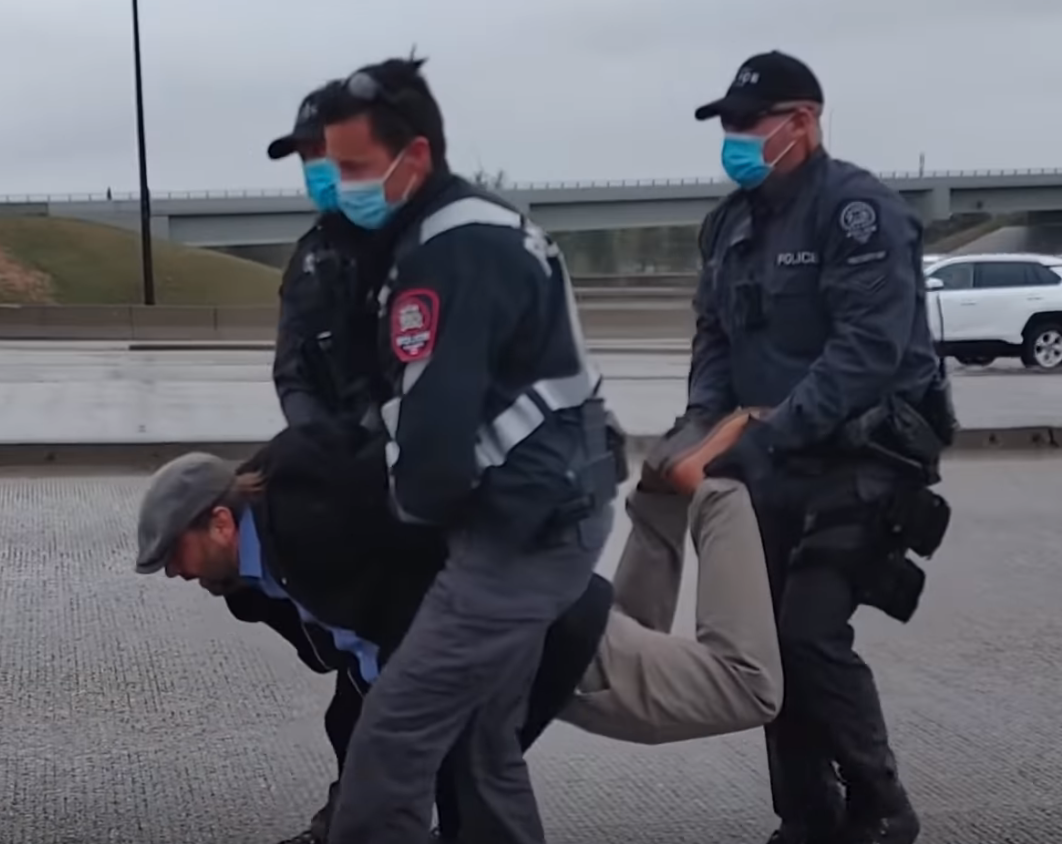 Christians have been greatly disturbed by the treatment of Canadian Polish Pastor, Artur Pawlowski after his arrest for failing to abide by public health orders during a Saturday church service. Many, including onlookers in the video capturing the arrest shouted, “Shame on you guys, this is not Communist China. Don’t you have family and kids? Whatever happened to ‘Canada, God keep our land glorious and free’?”

While some Christians strongly disagree with the Canadian Pastor’s disregard for the public health order, as well as his open disobedience to the law, many are in strong support of the pastor’s right to preach the Gospel, and some are not certain what the Bible says.

Romans 13 is used over and over again as a Biblical argument for Christians to obey the law, but in China many of the Biblical activities that the underground house church participates in are totally against the law. So, does that mean then that Chinese Christians are in violation of the very Bible that they give their lives for?

This is a discussion that we have in depth with a Canadian pastor on the latest BTJ podcast.

In order to answer it, it is important that we strip this down to the bare Biblical basics and establish some key principles.

Yes, I think this is a concept that every Christian agrees on.

I hope not! Government is so embarrassingly warped and dysfunctional – no matter which country we are discussing – that it would be impossible to say that God created government. However, God did create man and allowed man to create government (even against His will -1 Sam 8).

One basic principle is that God expects us to follow the laws of governments and those who are in authority over us – this much is made clear in Romans 13.

Furthermore, God doesn’t say that obedience to the law is conditional on whether or not we like those in power. Jesus said to give to Caesar what belongs to Caesar and to God what belongs to God. In other words, it’s allowed that the government can demand something of us that is not demanded from us by God. It doesn’t make it right – but it is allowed.

So, that is clear.

Next question: is Jesus the model for us as Christians to follow?

This is where there is much confusion. ‘Christian’ is actually the term given to those who follow Jesus Christ as His disciples. This is understood very clearly in China. Because of the persecution in China, the term Christian is not a cultural term or a label that can be given to those who are not actively following Christ. To call yourself Christian in China does not make you a Christian. One must be a disciple of Jesus Christ.

Many people calling themselves Christians, but are not disciples of Jesus Christ, are attempting to teach the meaning of Romans 13 and cause confusion. Romans 13 was written by Paul as a guide for Christians to obey the authorities that God has appointed over them, but was not written as a mandate to blind obedience to evil governments.

Here is how we know this to be the case: Paul, the author of Romans 13, was a habitual law breaker and he wrote the letter to an illegal church in Rome.

Here is a Bible verse that is constantly ignored and settles the question once and for all about whether it is Biblical for Christians to break the law: ACTS CHAPTER 5.

In verse 17, the disciples were arrested for preaching the Gospel message, “But during the night an angel of the Lord opened the doors of the jail and brought them out. “Go, stand in the temple courts,” he said, “and tell the people all about this new life.”

The disciples were again detained and brought before the Sanhedrin. “We gave you strict orders not to teach in this name,” they said. “Yet you have filled Jerusalem with your teaching and are determined to make us guilty of this man’s blood.” Peter and the other apostles replied, “We must obey God rather than human beings!” The apostles were threatened with execution and then flogged. After they were flogged, the disciples were ordered “not to speak in the name of Jesus.”

As soon as the disciples were let go, what did they do? Verse 42: “Day after day, in the temple courts and from house to house, they never stopped teaching and proclaiming the good news that Jesus is the Messiah.”

The cold hard truth is, the spreading of the Gospel message has always involved the inherent risk of breaking the law. Christians have always been considered rebels and governments have always found reasons to label them as social pariah, agitators, and heartless liars.

One message that has constantly required Christians in China to break the law is Hebrews 10:23-25, “Let us hold unswervingly to the hope we profess, for He who promised is faithful. And let us consider how we may spur one another on toward love and good deeds, not giving up meeting together, as some are in the habit of doing, but encouraging one another—and all the more as you see the Day approaching.”

The gathering of the saints has always been a deeply held belief among Christian believers. In China, digital gatherings are a great supplement when possible, but never a permanent replacement. The gathering of the saints is not considered to be a privileged pass time, but an essential sacrament. Following Jesus is considered inseparable from being in congregation with the Body of believers. In the last 70 years, many Chinese Christians have died because of this very belief. Many Christians could have kept their lives if they would have only practiced their belief in solitude and not risk so much by congregating together with others.

Attending fellowship in China is a health risk and many Chinese Christians have died as a result of attending fellowships in person. Today, the laws in many parts of China say that Christians cannot gather because of Covid-19 restrictions, but the underground house church continues to illegally meet together, fellowship, and have communion.