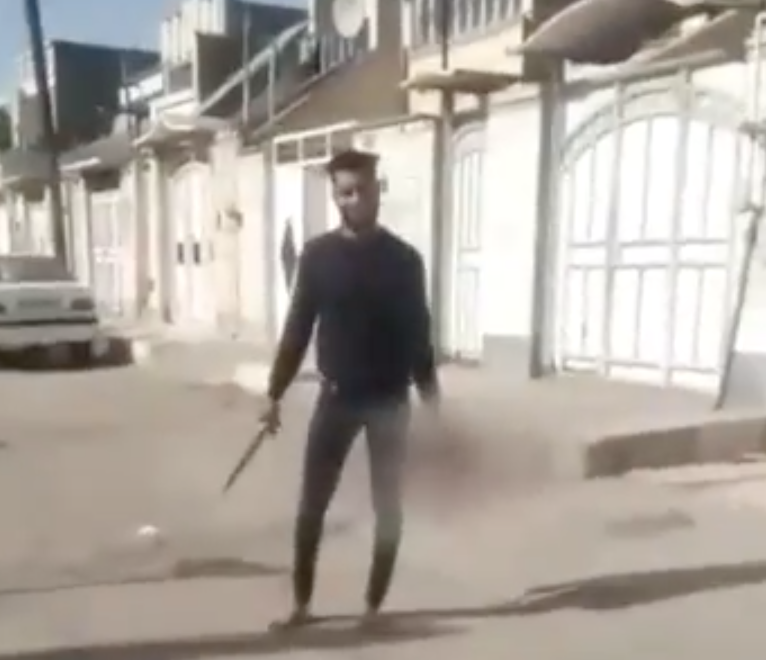 A disturbing video was recently released of a Muslim man happily walking the streets carrying his wife’s severed head, in Iran’s southwestern city of Ahvaz. Sajjad Heydari looked joyful as he walked the streets carrying his wife’s head in one hand and a kitchen knife in the other, showing it off like a trophy to people passing through his neighborhood.

According to a report in the NY Post, Sajjad’s wife, Mona Heydari, was an under-age 17 year-old minor who was forced to marry Sajjad when she was only 12. She tried to escape her husband by fleeing to Turkey, but was sent back where she was slaughtered in an “honor killing.” 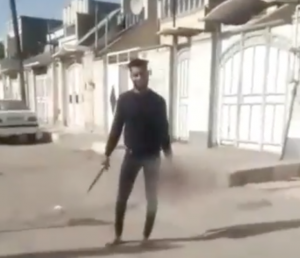 Honor killings are a brutal act and are rampant in Muslim nations like Iran, where women are gruesomely murdered for the smallest infractions to Islamic law that bring dishonor to the family.

In BTJ’s newest book, SHACKLED, due out on International Women’s Day (March 8), Mariam Ibraheem shares how her father was on the run for his life after he carried out an honor killing against his sister. Later in life, Mariam was threatened by her own family, who felt that she had abandoned Islam and should be killed for it. The courts used Sharia Law to justify sentencing her to death by hanging, because allowing her to live as an open apostate was an affront to Islam.

What Mariam experienced in Sudan was not an oddity. What Sajjad Heydari did to his wife is more common than we care to admit, but if it is happening so frequently, why don’t we hear about it?

Easy. We hide it.

One way we hide it is to explain it away. With only a quick search of “honor killings” on Google for instance, we find page after page of Islamic experts in the west who theologically disassociate Islam and honor killings, saying that honor killings are found nowhere in the Koran or the Hadiths. Google, like most leaders in mainstream western academia, go into overdrive to cover up these rampant murders of women and children.

Sadly, the truth of what Mariam shares in her book is being covered up and hidden in the west and allowing more deaths in Islamic countries. Honor killings are supported in both the Koran and the Hadiths, though not by name. This is usually confusing for those not familiar with the Koran when confronted with Koranic teachings on love, peace and forgiveness, but it is not by coincidence that honor killings are prevalent in Muslim nations and among Muslim communities living in non-Muslim nations. The Koran is written in two parts – the pre-Medina section and the post-Medina section, with the later overriding the prior.

The most sacred teachings and deeply-held beliefs in Islam are based on the life and writings of Muhammad. When Muhammad attempted to gain the following of Jews and Christians in Mecca using peace and love as is written in the Koran, he was rejected and eventually dejected from the city and fled to Medina. When he returned to Mecca again, as is also written in the Koran, it was not as a peaceful loving prophet, but as a violent marauding warrior who took revenge on anyone that refused Islam. Anyone who refused him or insulted him was brutally murdered without mercy.

Roughly translated, that means that Muhammad as the convoy-robbing, infidel killing, slave owning, child raping, skilled warrior that we see in the Koran is to be followed over the peace loving theologian that Muhammad started out to be in the Koran.

Understanding this helps us to understand the reason behind honor killings.

According to the Hadith, a Muslim’s faith is measured by Allah, who measures a Muslim’s reaction to those who insult Islam by words or deeds. It says, “Whosoever of you sees an evil, let him change it with his hand.”

Sunan Ibn Majah 2540, narrated by Ubadah bin Samit, the Messenger of Allah said, “Carry out the legal punishments on relatives and strangers, and do not let the fear of blame stop you from carrying out the command of Allah.”

BTJ has been working in Iran for over a decade and many of the believers that we currently work with are former Muslims. If their families learn of their conversion, they are likely to be victims of honor killings like 17 year-old Mona Heydari.

Before she was killed, Mona Heydari escaped to Turkey, but when she was found living in Turkey, she was forcefully brought back to her husband, where she met her fate.

BTJ is currently working with young Iranian women like Mona Heydari in Turkey and will be together with them this month. For security reasons, we are not able to write anything more about their situations, but these women are currently on the run for their lives. We are praying for their safety as they seek shelter from those who want them dead… for honor.