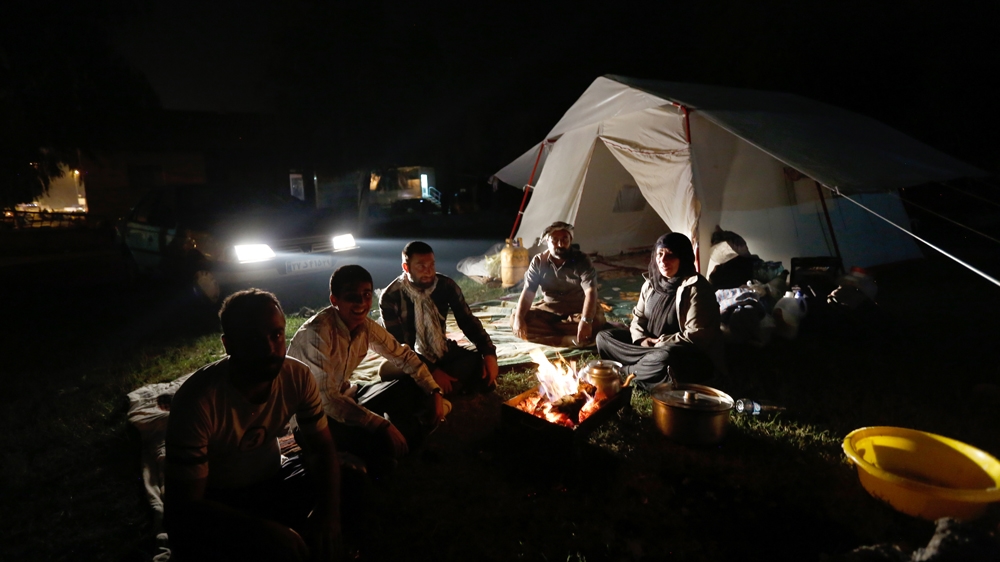 A week ago, BTJ received an urgent request from our people on the ground to provide emergency assistance in Iran. The heavy earthquake had left hundreds dead, thousands injured and tens of thousands homeless, just as winter was coming in.

We saw an incredibly moving response to our appeal. 20,000 USD was received in the first 24 hours. Right now, we have received over 60,000 USD and donations keep coming in.

In the mean time it has become clear that the most urgent need right now is for shelter and food. Tens of thousands of homes were damaged. But even those whose homes still stand are afraid to stay inside. There are regular aftershocks. As a result, families park their cars in a safe place and sleep in it. People keep their car engines running at night in order to stay warm, as night time temperatures go below freezing. However, not everyone owns a car. Those who don’t, sleep in sheltered places in tents or in whatever is available.

One of the teams we have on the ground has decided to direct their efforts to a particularly hard-hit village. About 150 families live in tents, but these are leaky and need extra cover. Apart from this, we are aiming to provide these families with portable heaters, basic food stuffs, such as rice, oil and noodles, and waterproof footwear.

The people of Iran have suffered much from the political isolation of their country. These relief efforts are a way of showing them that in spite of political hostility between Iran and the West, the people of God around the world have not forgotten them.

May God use these efforts to bring relief and comfort in His name and bless the people of Iran.

If you want to join us in these efforts, there is still time to donate. Just click on the link below!