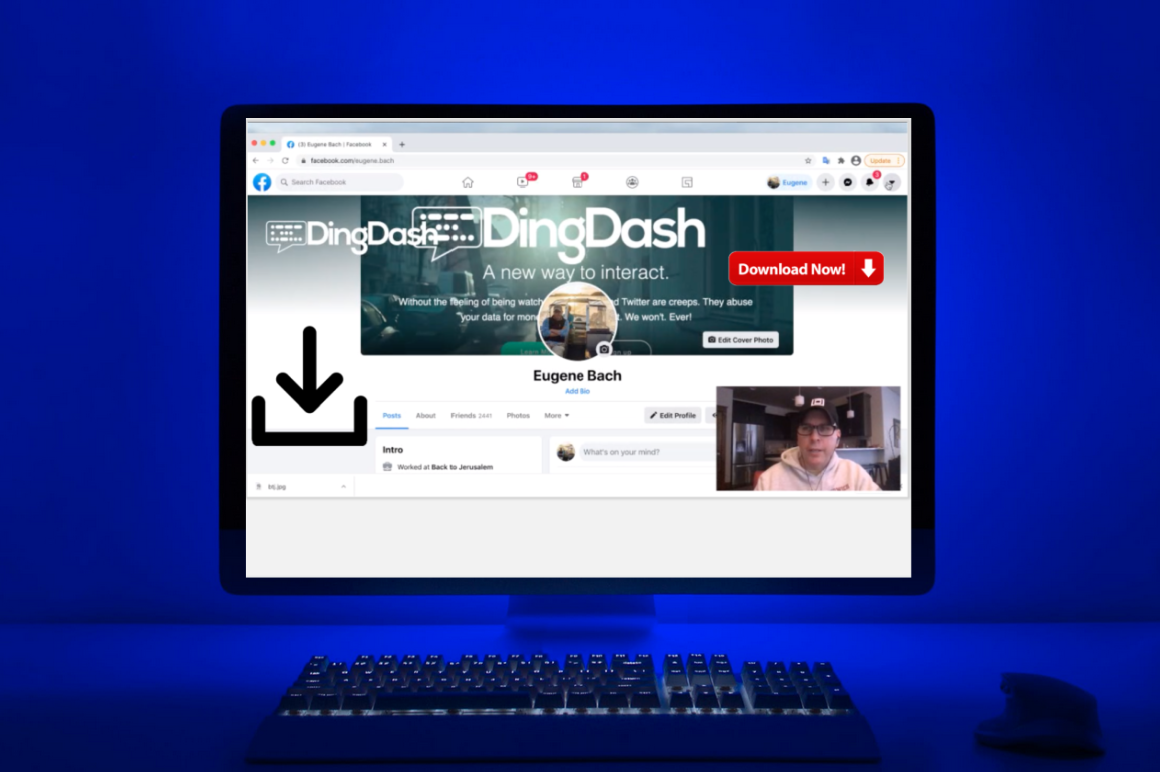 So many believers from around the world have been alarmed by the blatant censoring taking place on social media forums. For those who are aware of what has been taking place in China and seen the level of censorship in that context, it is even more alarming.

That is why there has been a mass exodus of Christians leaving social media – many of whom have joined us on DingDash.

But as people contemplate leaving Facebook for good, they wonder if they will lose all of their memories that have been saved on Facebook over the years through photos. In this digital age, most people no longer create photo albums that they keep in their closet for years. Instead, they save all of their photos on Facebook. It is easy, convenient, and unlike the photos in your closet, all of your friends and family can see them.

There is good news! Downloading all of your photos from Facebook is super simple and can be done in less than 2 minutes. We have created a very simple video for our DingDash users, demonstrating how to do it. You can watch that video here:

Even if you do not want to delete your account, you SHOULD download all of your photos anyway, because you never know when you will be blocked from your account for saying the wrong thing.

In the last year, so many people have been blocked and locked out of their account.

For instance, on the 14th of this month, after more than 10 years of being the BTJ Facebook editor, I was locked out of the BTJ Facebook account simply because I refused to make my phone number available for “verification” purposes. Facebook said that BTJ’s “reach” was so large that they needed me to verify my account before they could allow me access again.

This is happening day-after-day with Christians around the world. Many are waking up and seeing entire ministries that they have created on social media – gone.

Before that happens to you, it would be wise to save those precious photos and then come and join us over at DingDash. We would love to have you.