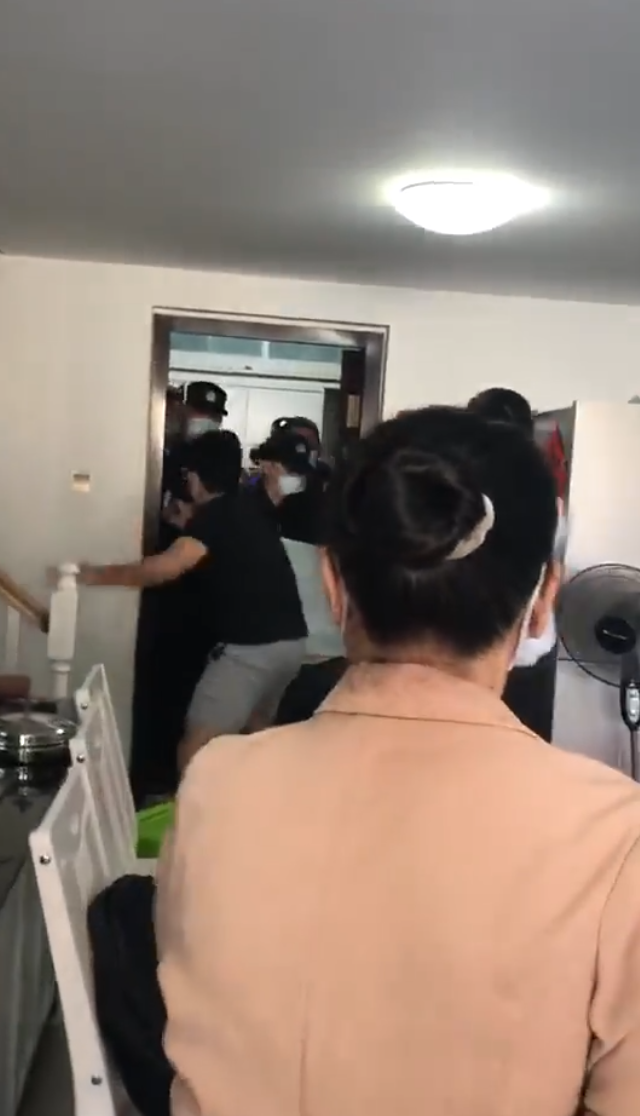 Correction:  The early reporting of this video was that it was Xi’an.  It has been updated once the city was reported to be Xiamen.

According to video footage posted on Facebook today, a Sunday morning house church service in Xiamen was raided by the police.

From the information posted, it seems that the police arrived at the door of the home and demanded to come in. Bravely, the believers continued to worship. One believer used his body to block the entrance to the door.

The police forced their way into the home and several believers were detained and dragged out of the door. Several worshippers, both men and women, were physically attacked and their phones taken from them, so that they could not record or call for help. Other church members, however, were able to record the event.

At one point in the video, a police office entered into a small room upstairs with a view of arrests taking place on the lower floor. The room was full of terrified, screaming children. “There are only small children in here. There are only small children in here,” a woman can be heard crying out to the officer as he looked around. Then the video ended.

It is not common for police in China to allow so many people to keep their phones during a raid, and the reason for the raid is not clear. From the information provided, it seems that the attendees were only attending a Sunday morning home church service.

What is amazing, is that one of the videos posted on FaceBook records the moment that the police stood at the door of the home and demanded entrance.  As the brave believer blocked the entrance to the home, the others worshipped the Lord.  The piano player continued to play and one young man continued to even lead worship!

It was a true example of praising the Lord in the midst of the storm.

China was recently appointed to head up the United Nations Human Rights Commission body to investigate violations of human rights around the world, and to uphold the religious rights of those being persecuted.

Please pray for the persecuted church in China as you attend your worship service this morning.