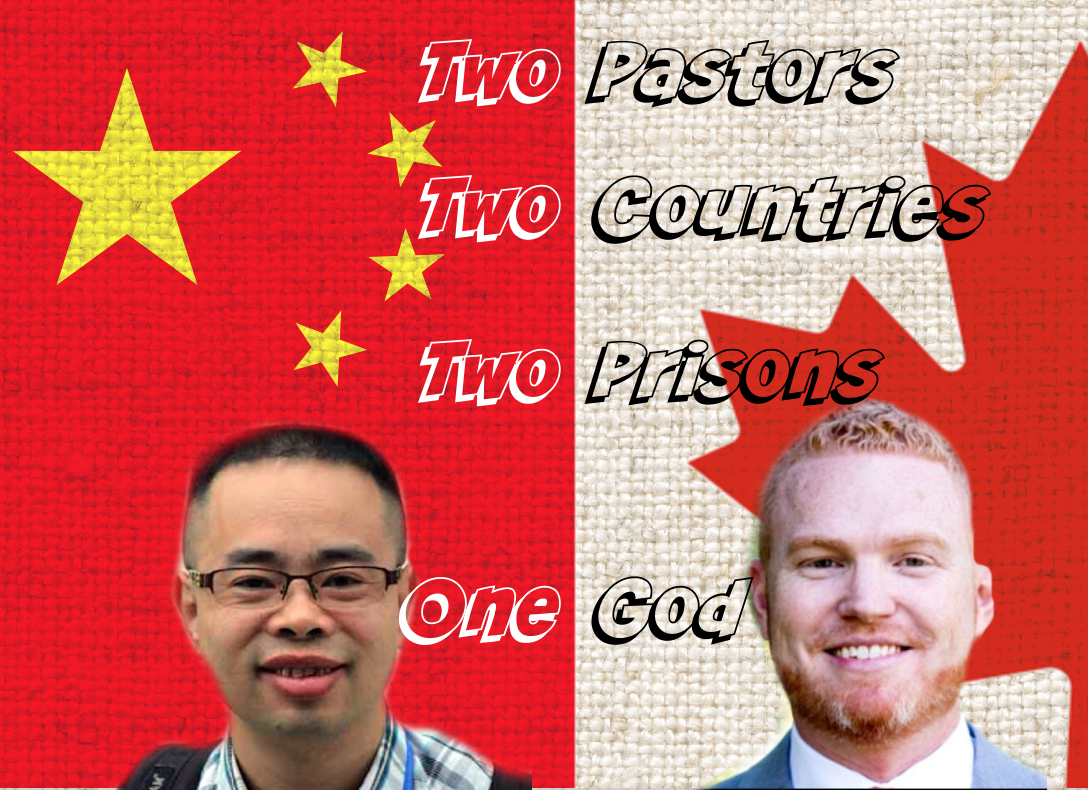 Last month, a pastor from Alberta, Canada, stirred up a lot of debate when he was imprisoned for refusing to comply with public health orders during the pandemic. The pastor’s imprisonment has not gone unnoticed by BTJ supporters who are asking if there is a connection between the reason why he was arrested and why pastors are arrested in China.

On the other side, there are Christians who cling to the writings of Paul in Romans 13 and believe that Christians have a biblical obligation to abide by government law, especially as it pertains to keeping the public safe during a pandemic. They believe that Christians who do not adhere to basic health guidelines during the outbreak of a disease like COVID-19, put others at risk of dying and are ultimately a poor testimony of the church.

To help shed some light on this debate, we talk to a pastor with the underground house church in China.

To be fair, Pastor Wu (not his real name) says that he has never heard of Pastor James Coates of Grace Life Church in Canada. Pastor Wu does not follow the news in China and is not aware of the political situation in Canada. Pastor Wu is the senior pastor of a well-known underground house church network in China of about 800,000 – 1,000,000 believers that has refused to register with the government.

BTJ: Pastor James Coates has been arrested for refusing to stop meeting with his church during the coronavirus pandemic. Canada has very clear laws that restrict Christians from meeting in person during the pandemic. Can you relate to this at all in China?

Pastor Wu: In China we have also been told that we are not allowed to meet in person. The government has told the official churches to meet online, so many Christians switched to WeChat [an online Chinese platform similar to Facebook] and ZOOM, but we decided not to meet online. The government has been using online fellowships to monitor pastors, their messages, attendees, and activities. As a church we have continued to meet in person throughout the entire pandemic. We meet wherever we can escape the eyes of the government – we meet in parks, in fields, etc.

BTJ: Do you believe that Christians have an obligation to abide by the law – especially as it relates to public safety?

Pastor Wu: We do everything we can to support China. We pray for our leaders and abide by the laws, but we also follow the Bible.  Sometimes it is simply not possible to follow both the teachings of the Bible and the laws of China.

BTJ: Do you believe that meeting online is the same as meeting in person?

Pastor Wu: Meeting online is a powerful way to connect when it is possible, but in China, meeting online is a security risk for Christians because the government is monitoring every activity that is taking place online, especially as it pertains to religious activities. Meeting online is not really an option for us in China. It is simply too dangerous. We have to meet in person.

BTJ: Have you or any of your church members been arrested for not following the COVID-19 restrictions in China in the last 12 months?

Pastor Wu: I have not been arrested in the last 12 months, but we have church members who have been arrested.

BTJ: Do you still meet in person even now, even though there are clear coronavirus restrictions prohibiting it?

For these reasons and many more, Pastor Wu and his senior leaders have decided that they cannot abide by these government regulations. As a result, if Pastor Wu is caught meeting in person, he will be arrested. “We walk in obedience to the Word of God,” Pastor Wu said. Pastor Wu is not purposefully breaking the law because he wants to be an outlaw in China. He is an outlaw because he is adhering to the teachings of the Bible, “And let us not neglect our meeting together, as some people do, but encourage one another, especially now that the day of his return is drawing near.” – Hebrews 10:25.

In this way, there are similarities between Pastor James Coates and Pastor Wu. Pastor Wu is guilty of breaking government regulations against meeting in person. Even though his congregation was told not to meet in person by the Canadian government, Pastor Coates also broke this law and continued to fellowship in person for Sunday worship.

Coates defended his stance before the judge saying, “I’m simply here in obedience to Jesus Christ, and it’s my obedience to Christ that has put me at odds with the law. The court is aware that I’m contesting the legitimacy of that law but please, make no mistake … I’m not trying to make a point. I’m not a political revolutionary.”

In the debate for Christian liberty, there are some that would like the debate to be muzzled, feeling that even the mere mention of comparing COVID-19 restrictions to the laws in China gives “credence to crackpot Christian science deniers” and is “dangerous” because it puts lives at risk.

As Christians, perhaps it is wise, whichever side we fall on the debate, to allow dissenting voices to be heard. Christians have a long history of allowing free speech and unfortunately also have a dark history of suppressing it.

Pastor Abel, for instance, founded the Living Stone church (活石教会) in the Western city of Guiyang. When the government told him that his fellowship was no longer allowed to meet in person because it disrupted social harmony, he continued to meet with other believers in person anyway. When they issued an order to stop all meetings, he posted about it on social media (pictured below) and was arrested. 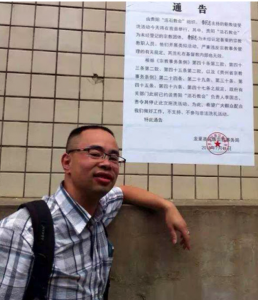 China argued that the dissenting voice of Pastor Able contradicted the overwhelming majority of expert opinions which claim that God does not exist and that the debate for evolution is settled science. His teachings were illegal and were dangerous for the public.

Pastor Able spent over two and a half years in prison.

Whether Christians believe that Canadian Pastor James Coates’ arrest was justified or not, it is important to understand that open discussion among believers is absolutely essential during this new era. A major part of that discussion is listening to the advice of Christians in China who understand Christian persecution.

Find out more about the Back to Jerusalem workshop with Brother Yun by clicking here.