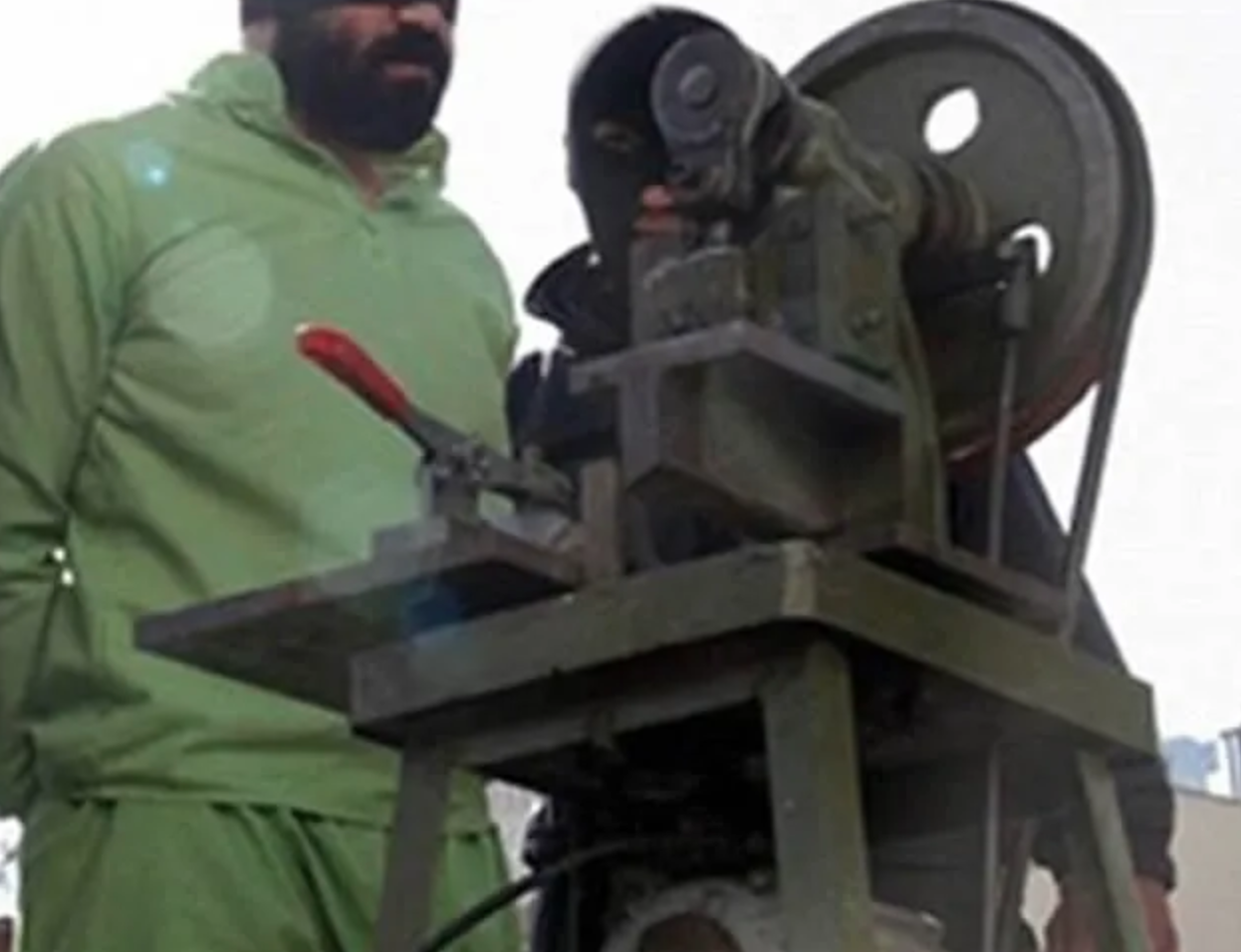 In Iran there is a machine that is the subject of nightmares. It is a cruel torture device used to amputate body parts and has even been used on children.

If an Iranian is found guilty of certain crimes, they can be sentenced to punishment by amputation, like the man in the photo above from 2013, where authorities carried out a court-ordered amputation of a man in the Iranian city of Shiraz.

Often times, human rights watch groups focus on executions in Iran, but there are so many torturous acts taking place that are arguably far crueler than death. Iran’s amputation device is one such machine that can give you chills just thinking of it.

According to information gathered by Abdorrahman Boroumand Center, Iran carries out an amputation once every two months where they saw off fingers or toes.

There is no record of pain-blocking medication used when the body parts are removed with the amputation machine. Professional torture personnel wearing all black police gear and hooded masks hold you in place while the machine slices through skin and bone.

Unfortunately, there are also records of children being subjected to this torture. Sometimes the amputation is simply a cruel form of torture right before they execute you. In 2017, for instance, Hamid Moinee had his hand amputated for robbery before his execution 10 days later.

Children are also subjected to this torture device. Three young boys by the names of Hadi Rostami, Mehdi Sharafian, and Mehdi Shavivand were ordered to have four fingers amputated from their right hand.

Iran is an Islamic country and rules over the people with strict adherence to the Koran and teachings of the prophet Muhammad.