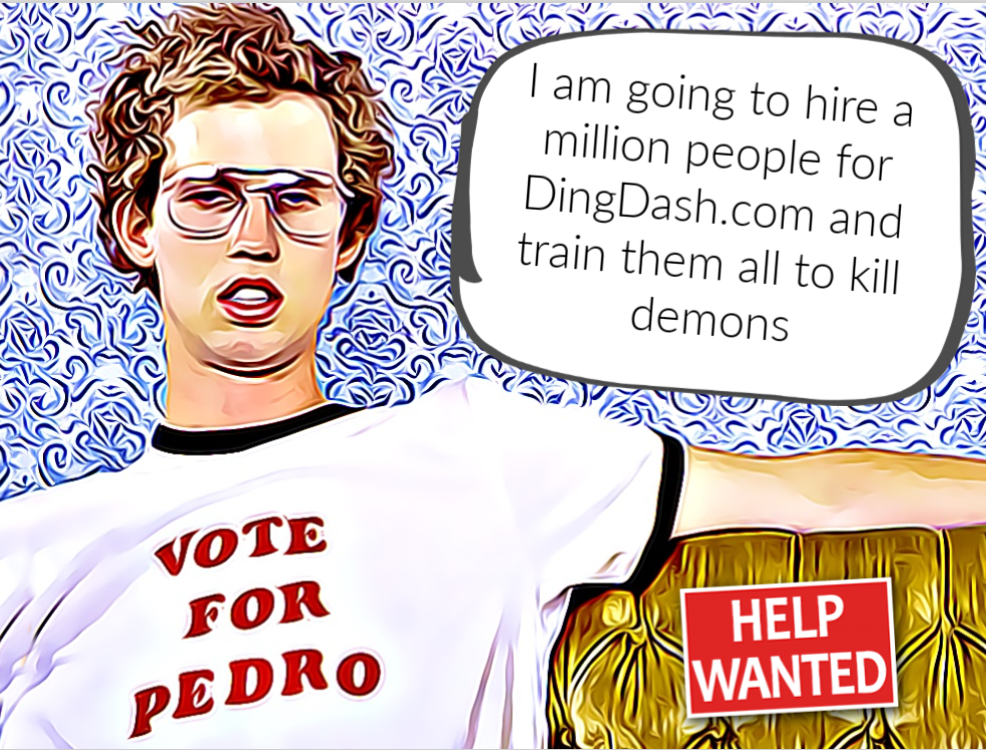 Looking To Hire A New Gary

At Back to Jerusalem we have developed a brand new social media platform focused on users in the 10/40 Window called DingDash. While other parasitic media swine sites like Facebook and Twitter silently observe, collect, and sell our information, DingDash brings privacy and security back to the table.

I developed DingDash.com with Gary in my basement two years ago. Gary was smart. Gary was a genius. Gary graduated from a fancy smansc’y university with a fancy degree in something electronice’y. I found Gary when he was young, vulnerable, hungry, poor from student debt and voting for Ralph Nader.

Gary and I created DingDash to be a little different. It is a social media platform where you can be you, live your life, and never have to look over your shoulder. We never collect or sell any of your information. We don’t police the content, there are no ads, and you can control what you want to see.

DingDash is also unique in that the community is primarily made up of persecuted believers from around the world that you will be able to connect with, pray for, and be inspired by.

Unfortunately, Gary was able to chew through the leather straps and escape from my basement.

Now I need a new Gary.

For the months of May and June I need ‘new’ Gary to interact, engage, and report on the platform so that we can make it better. Basically, it is like being on Facebook all day – just on DingDash. We want to make DingDash better and need a special person that enjoys connecting with others, converses easily with new people, and can write simple reports on daily activity.

Will you be our new Gary?

When Gary did a good job, we gave him a bag of Doritos and bubble wrapping.