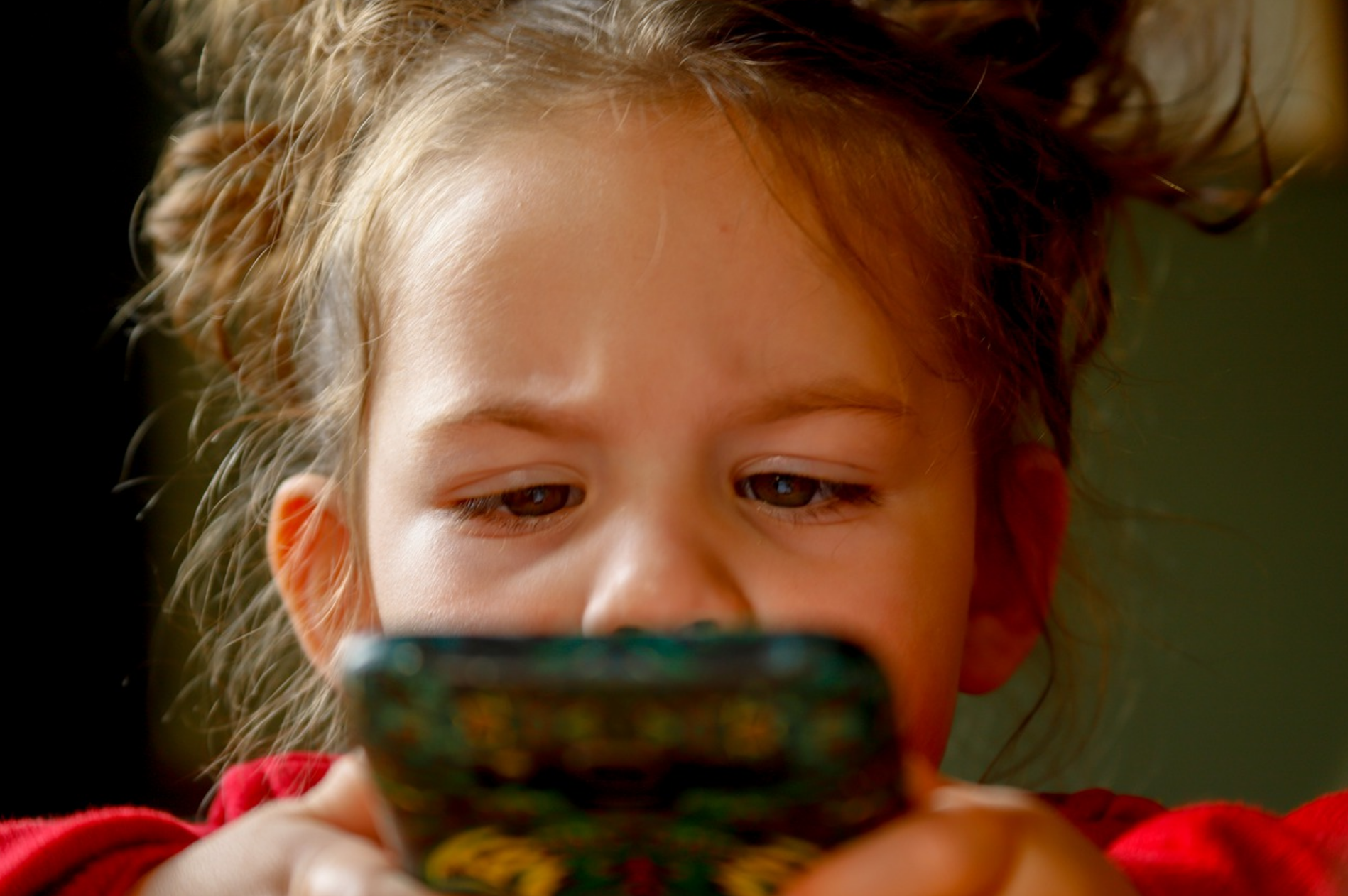 A Reddit user, that goes by the name bangorlol, claims to have reverse engineered the popular Chinese phone app TikTok and what he found shocked him. He claims that China is using the app to target your children and strongly recommends that people never ever use this app again.

Bangorlol is a pro at reverse engineering applications. Over the years he has reversed engineered Facebook, Instagram, Twitter, but he has never seen an application that steals as much information about you from your phone. In an interview with Bored Panda, Bangorlol said, “TikTok put a lot of effort into preventing people like me from figuring out how their app works. There’s a ton of obfuscation involved at all levels of the application, from your standard Android variable renaming grossness to them (bytedance) forking and customizing ollvm for their native stuff. They hide functions, prevent debuggers from attaching, and employ quite a few sneaky tricks to make things difficult.”

TikTok’s extra security measures are understandable. They are a Chinese based company with their mother company, ByteDance, raking in net profits of over $3 billion last year, according to a report from Bloomberg.

One of the things that Bangorlol finds is that TikTok targets children with a taste of ‘virality’ for their posts.  When your child posts to TikTok, their post will garner a lot of instant likes regardless of how engaging or uninteresting the post is.  This instant attention is particularly addictive for young users and brings them back again and again.

Here are snap shots of his posts detailing what he found: 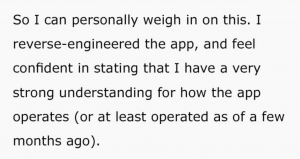 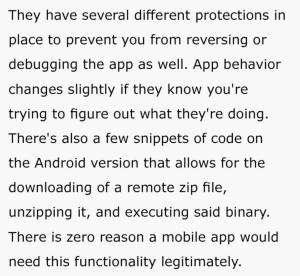 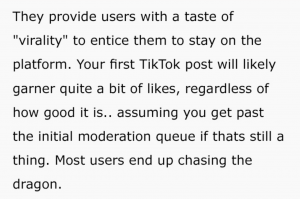 “TikTok might not meet the exact criteria to be called “Malware”, but it’s definitely nefarious and (in my humble opinion) outright evil,” Bangorlol said. “There’s a reason governments are banning it. Don’t use the app. Don’t let your children use it. Tell your friends to stop using it. It offers you nothing but a quick source of entertainment that you can get elsewhere without handing your data over to the Chinese government. You are directly putting yourself and those on your network (work and home) at risk.”

Bangorlol confirms what BTJ has been saying about security risks with Chinese surveillance. TikTok is an app run by a company based in China. Chinese companies are required by law to assist the government when called upon, including giving private information of customers.

This is just one of the many reasons why BTJ has set up DingDash.com. DingDash is a phone app that can be used to communicate with friends and families without the risk of your private information or data being shared with the government.

At DingDash, we will never sell your information for profit or hand your private data to government entities.