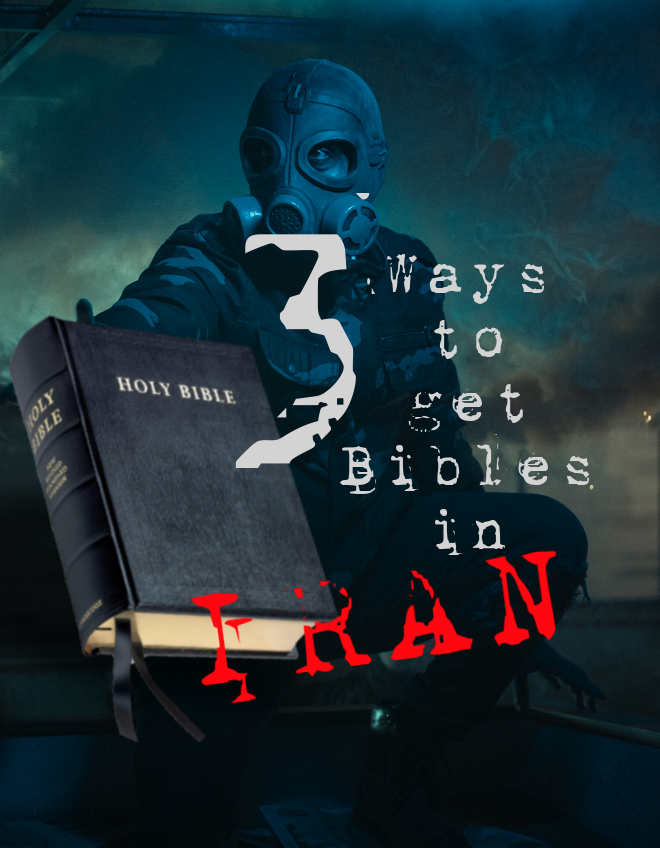 When you support BTJ Bible distribution efforts, you support one of the most aggressive frontline Christian mission operations in the world. Nations like China, North Korea and Iran have declared all-out war on Christians, which is why BTJ employs small-unit gorilla-warfare tactics to support the underground church.

Persecution in Iran has led to more people coming to Christ in the last century than all of the previous centuries combined! This flood of new believers has created a demand for God’s Word. To help meet this need, BTJ has developed three main ways to provide Bibles in Iran.

The three ways that BTJ provides Bibles in Iran are:

Operation Black Trumpet is just one of the many projects that have been carried out by those who have attended the BTJ Hackers Conferences – where Christian hackers from all around the world come together to find unique ways to spread the Gospel in closed nations.

Due to the nature of Operation Black Trumpet, further details cannot be released in any public setting.

Smuggling
In the last couple of years, God has provided an open door into Iran where we have been able to smuggle in several thousand Bibles.

Domestic Production
Though the electronic Bible distribution and the Bible smuggling operations are helpful, they are not the only answer to the current need. In order to sustain the revival for years to come, we believe that it is imperative to support the domestic production of Bibles inside Iran. Instead of providing Bibles from outside resources that are subject to border control and cross-border commerce during times of sanctions and war, it is necessary to support sustainable and independent manufacturing inside.

This year you can support this effort in Iran and other closed countries by clicking below: