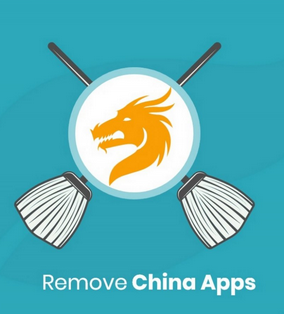 Last week, Google quickly removed a popular app designed to remove Chinese apps from smartphones, according to a report.

The app, called ‘Remove China Apps’, was immediately popular and garnered nearly five million downloads; people around the world are becoming more informed as to the monitoring of devices by the Chinese government.

Last week, BTJ did a special podcast where we named the top 10 apps that you probably have on your phone that allows the Chinese government to monitor you. That podcast can be listened to here: https://backtojerusalem.com/podcast/episode-481-exposed-how-china-is-monitoring-you/

This has been a topic that BTJ has been following closely since the revelation that the popular platform ZOOM, has been connected with Christians being arrested in China.

The app, ‘Remove China Apps’ was free to download, had no ads, and its sole purpose was to detect which apps on a smartphone were built in China. The app was designed and launched in India where more and more Indians are growing aware of the Chinese government monitoring them. Users simply downloaded the app, ran a scan, and the app would swiftly delete any app associated with China from their phone. Once deleted, a message said ‘You are awesome, no China app found’.

The argument to remove the app however, was based on the fear of nationalism – a fear that more apps could be developed that would remove other apps based on nationalism. For example, China could create an app to delete all apps based in the United States, or New Zealand could make an app that removes any map that shows that Australia as an actual country.

The fact is, the Chinese government can create popular apps like TikTok, ZOOM, and Call of Duty online to monitor users, their conversations, movements, purchases, browsing history, video, and photos.

For a detailed outline of how these apps are dangerous for you, you can listen to our latest podcast: https://backtojerusalem.com/podcast/episode-481-exposed-how-china-is-monitoring-you/

Leave a reply to Albina Click here to cancel the reply