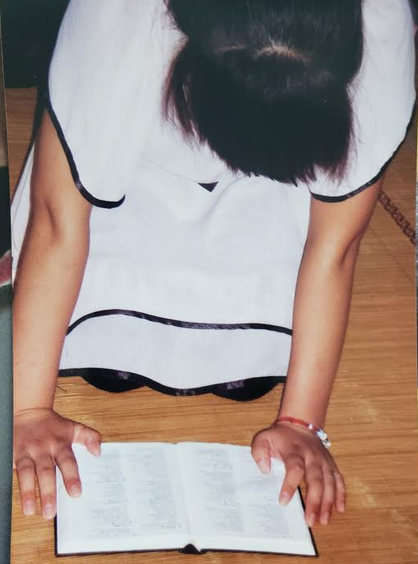 BTJ has been printing Bibles in China for more than 25 years. Every year, we print and distribute between 100,000 and 1,000,000 Bibles, but the need for Bibles has never been greater.

Today, BTJ, together with Brother Yun the Heavenly Man, begin an international workshop where will share about the need for Bibles in China.

There are four primary reasons why the need for Bibles in China has never been greater.

Duh! It seems completely redundant to say that there is a need for Bibles in China because there are too few Bibles, but the sad truth is, the Chinese government financially benefits from the largest Bible printing operation in the world – FOR EXPORT ONLY.

China is a Bible printing super power. Most Christians do not know that more Bibles are printed in a Communist country than any other place on earth. China’s Amity Press has printed over 200 million Bibles and it was mainly for export. Christian charities have donated money to Amity Press to offset the cost of printing Bibles, but then those subsidized Bibles are sold for profit in English, Spanish, Japanese, French and German speaking Christians around the world.

Bibles printed in the Chinese language for domestic use are tightly controlled and the distribution is heavily restricted. For new believers living in rural areas of China (where most of the Christian revivals are taking place), it is next to impossible to purchase a new Bible.

For those who find an e-Bible app as the quick and easy solution for the lack of printed Bibles in China, that door has been closed. The Chinese government has made downloading Bible Apps illegal. Today international Chinese passengers are stopped at customs and their mobile phones and computers are checked for ‘illegal’ applications like VPNs or Bible apps. If they are found, the VPNs and Bible apps are deleted and fines are imposed. Mobile phone carriers and mobile app stores have been deployed to stop illegal downloads on behalf of the government.

In addition to these measures, the government now has new powers to demand that every Chinese citizen download apps and tracking devices under the guise of health measures due to the coronavirus. These apps act as another way to ensure that Bible apps are not being downloaded onto mobile phones.

On top of having a Bible shortage, China has gone on a rampage raiding fellowships, ripping down crosses, and shutting down churches. On several of the church raids, computers, Bibles, hymn books, and Bible materials have been confiscated and destroyed.

BTJ has shared several videos of mass Bible burnings in the last two years. This destruction of the Bible is not only against basic international human rights, but it creates an even bigger need for new believers.

China has a team of translators that are working on a new official translation of the Bible. The new translation is estimated to take about five years and will reflect wording that is consistent with socialism. The new editions will remove any content that goes against the beliefs of the Communist Party.

A preview of the coming translation can already be found in official text books used for teaching ethics in Chinese universities.

“The crowd wanted to stone the woman to death as per their law. But Jesus said, ‘Let the one who has never sinned throw the first stone,’” the Chinese textbook says and then continues, “Hearing this, they slipped away one by one. When the crowd disappeared, Jesus stoned the sinner to death saying, ‘I too am a sinner. But if the law could only be executed by men without blemish, the law would be dead.’”

The new translation highlights the need for the real Bible to be printed and distributed in China.

Each new Bible costs BTJ $3 to print and distribute. BTJ does not only print the Bibles, but they are given to designated teams in every province in China and distributed to the most rural communities that might take days or weeks to get to.

When you support BTJ Bible printing, you are helping provide the fuel for the world’s largest revival. For only $30 USD, you can provide 10 Bibles for new believers in China.

If you would like to partner together with the underground house church on a monthly basis, please consider becoming a BTJ GateKeeper. To learn more, click here.