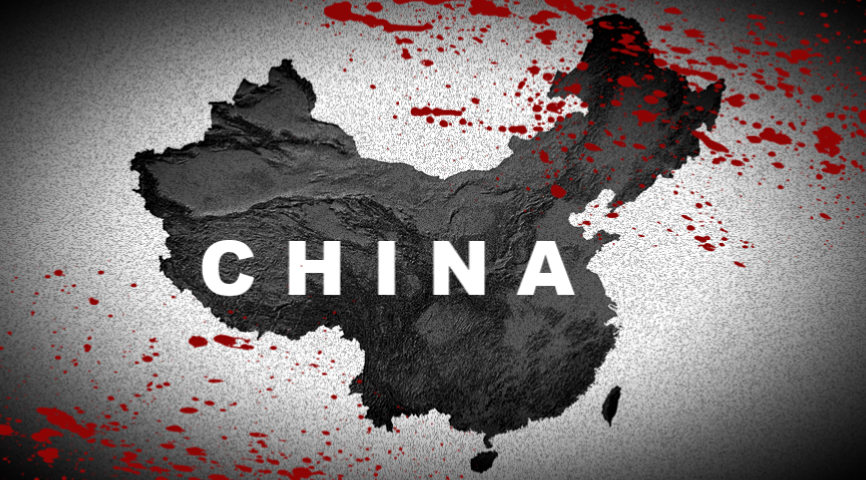 Is the Bible coming to life in China? This is the question that is notable as four major plagues hit China right now.

This is a fair question. China is being pounded right now with one disaster after another.

There have been four major disasters that are absolutely crushing China’s economy since they have increased their attacks on the Christian church in 2018. These major disasters could all be coincidences.

Allusions to the Apocalypse aside, each one of these disasters on their own can wreak havoc on any country, but to have them all piling on at once brings disaster on biblical levels.

These disasters hitting China, if they were described in the language of Moses in the book of Exodus could easily be described as plagues.

In July 2018, six months after China passed new laws to persecute the church, US President Donald Trump slapped tarrifs on $550 billion worth of Chinese products.

China answered back, but did not have the leverage and was only able to set tariffs on $185 billion worth of US goods.

In the earliest days of the trade war, many believed that the US would suffer more than China, but as time progressed and more US tariffs were introduced, it seemed that there was a huge vulnerability in the supply chain from China.

China’s economy tanked. The Shanghai stock exchange was the worse performing stock market in the world. Unemployment reached record levels, foreign investment dropped, GDP dropped to the lowest level for the first time in decades, and factories began relocating to other Asian nations like Cambodia and Vietnam.

In January 2020, China agreed to a new trade deal with the US, but things did not get better.

In December 2019, China discovered a potentially deadly virus in Wuhan that they tried to hide from the rest of the world. It has since backfired and now entire cities are on lock-down. Stores are closed, factories have locked their doors, entire freeways are empty, and cities of millions of people look like ghost-towns.

More than 75,000 people have contracted the disease and more than 2,000 have died from it.

Travelers from China are being quarantined and travelers to China have canceled their trips.

The coronavirus has only been known for about a month, but already it is one of the most damning diseases to ever hit the Chinese economy. The full impact has not yet been calculated.

For the last three months, the Chinese pork industry has struggled with the devastating spread of African swine fever, a highly contagious virus that has wiped out more than a third of China’s hog population. More than one-third!

This is another huge blow to the Chinese economy that consumes massive amounts of pork – especially during Chinese New Year.

There is no end in sight to this disease. Farmers continue to lose their pigs.

This plague seems to be going ‘old school.’ Of the ten plagues to hit Egypt, locusts were the eighth.

Exodus10:12 reads: “And the Lord said to Moses, ‘Stretch out your hand over Egypt so that locusts swarm over the land and devour everything growing in the fields, everything left by the hail.”

The plague of as many as 360 billion insects has so far devastated East Africa before moving over Saudi Arabia, Pakistan and India and are now knocking on the door of China.

These locusts could wreak havoc on the winter wheat crops in a nation that is already suffering so severely.

The severity of these attacks are real, tangible and measurable. The question is, are these things the consequence of attacking the Christians and effectively declaring war on God.

The fact is, when Mao Zedong began to attack Christians in 1949, kicked out all of the missionaries, destroyed the church buildings, burned Bibles, and made evangelism illegal, China saw more death than any nation in human history. At least 70 million people died in China from starvation, famine, persecution, and execution.

May all of us echo the prayer of the church in Wuhan when they wrote:

“We, the covenant people who have received great grace, cry out to You oh Lord, asking You to forgive us for our pride, and ignorance. Our neglect has created this global disaster. Today, we repent for our sins. Please purify our hearts.

Save us oh Lord from this great calamity. Forgive our sins and transgressions. Save us from disaster. You are the only one who can save us.”