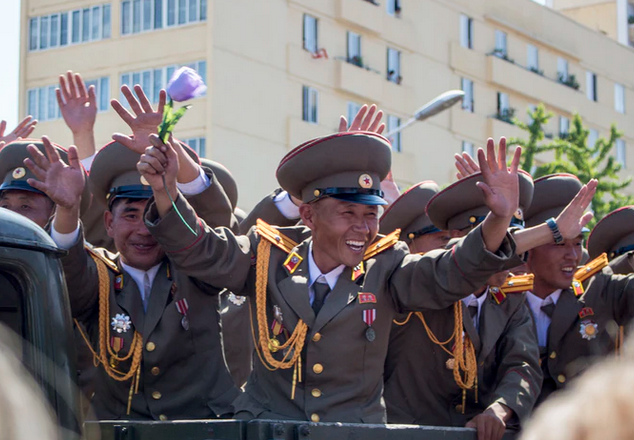 There is some good news coming out of North Korea this year. At a time when many places in the world are seeing deforestation, North Korea is seeing reforestation.

North Korea is getting greener and that will only lead to a more beautiful North Korea.

Deforestation and Communism have always gone hand-in-hand. Old Soviet-era nations used to be synonymous with old, grey, square, lifeless, concrete buildings that sat next to massive factories belching out black smoke all day and all night. Communist leaders like Mao Zedong had all of the trees cut down in China to keep disease-carrying birds from having a place to sit. North Koreans followed the same path and saw massive deforestation efforts which led to decades of soil erosion and lack of crop production.

That seems to be changing now in North Korea. Recent data shows that since 2015, North Korea’s forests have been making a rebound.

According to the report, “Since Kim Jong Un came to power, he has reinvigorated North Korea’s reforestation efforts.”

Forests not only bring clean air, but they help provide soil stability for growing crops. Unlike coal, trees provide a renewable and sustainable energy source for burning fuel. Forests also provide an ecosystem for wildlife that could become a source for food in the future.

2021 might be a year for a greener North Korea and that is exciting!