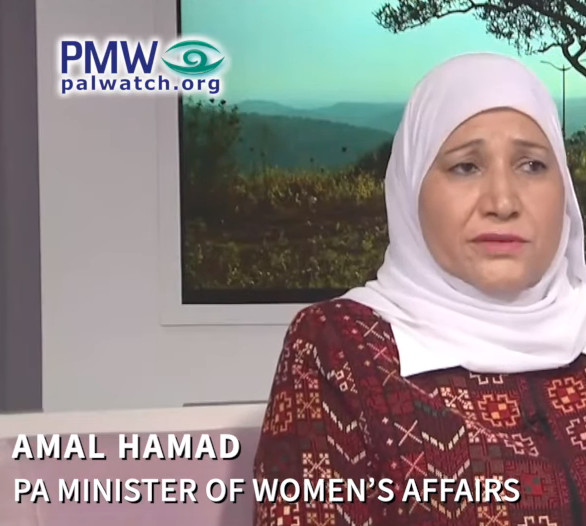 While most womens rights advocate’s point to education, leadership, and job access as proof of progress for women, Palestinian Minister of Women’s affairs, Amal Hamad, has a completely different way to measure equality for women.

“We don’t think that there is a difference between the genders,” Amal says during the interview, while wearing a hijab covering her head – a requirement for women in Islam.

As an example of female equality, Amal points to Dalal Mughrabi, who as her last act in life, led the slaughter of 37 innocent Israeli civilians (many of them women and children), before she detonated a grenade, killing herself and many others in 1978.

Amal continues her fact finding mission of equality among the genders in Palestine, “There are also female prisoners in the occupation’s prisons.” She suggests that the women who are currently in prison for supporting terrorism against civilians is proof of gender equality in Palestinian society and that men and women are “going hand in hand.”

If anything, Amal’s interview shows us that the darkness of Islam is blinding and shows clearly how the enemy hides us from the truth.