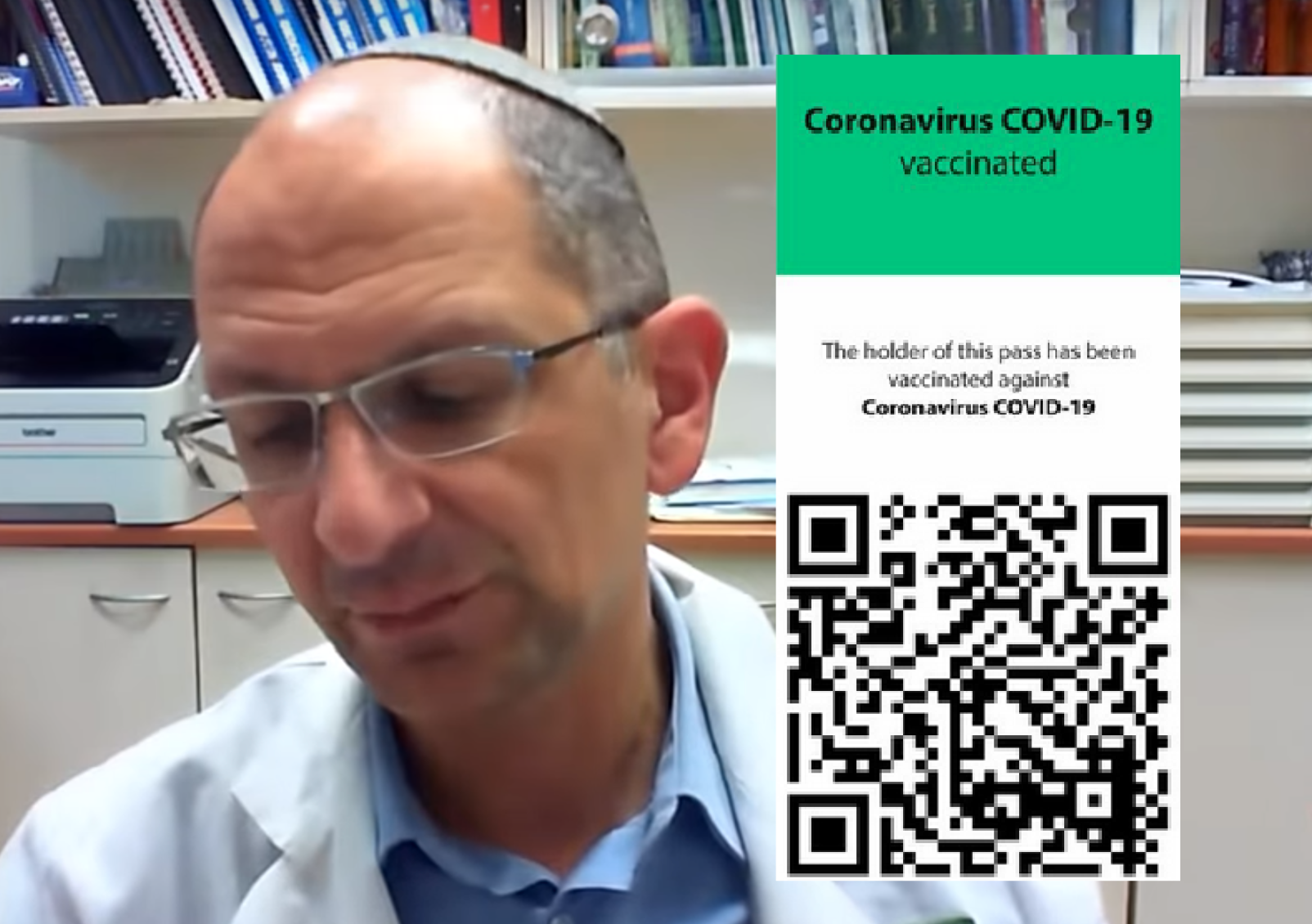 Professor Cyrille Cohen, who sits on the advisory committee for vaccines for the Israeli Government, has shocked the world by publicly stating that the vaccine does not work against the Omicron variant of the Coronavirus and that THE GREEN PASS/vaccine passport concept is no longer relevant and should be phased out.

During an explosive interview on UnHerd with Freddie Sayers, Professor Cohen says that he expects the Israel vaccine passport to be phased out in short order.

At the writing of this article, the video had not yet been removed from YouTube. The full interview can be seen here:

This news comes as a shock to many, since Israel was among the first countries in the world to mandate the booster shot in October of last year in order to maintain THE GREEN PASS vaccine passport. Without THE GREEN PASS, citizens were not allowed to go to any public venues like the gym, restaurants, etc. Some Israeli’s have even received a fourth booster shot, but it has been found to be ineffective against the Omicron variant.

During the interview, Professor Cohen apologized for what he saw as Israel’s biggest mistake of the pandemic – closing schools and education.

It seems that Professor Cohen has reached the conclusion that life with Covid is something that the world will simply need to come to terms with, saying, “I think it’s going to be like flu, I think there is going to be bad waves and better waves.” His statement falls in line with the conclusion that Sweden came to almost two years ago in 2020, during the early stages of the pandemic.

“Herd immunity is a consequence for me. It’s not an objective, it’s not a goal,” Professor Cohen said. “There is a thin nuance here, if I may say, that people have to grasp. I’m not saying to people go and get infected, I don’t think that this is a model that we need to adopt.”

Many nations around the world followed Israel’s example of mandating vaccines and this greatly impacted Christian missionaries who refused to be vaccinated. The question now, is will those same nations follow Israel’s move to no longer mandate the vaccine?