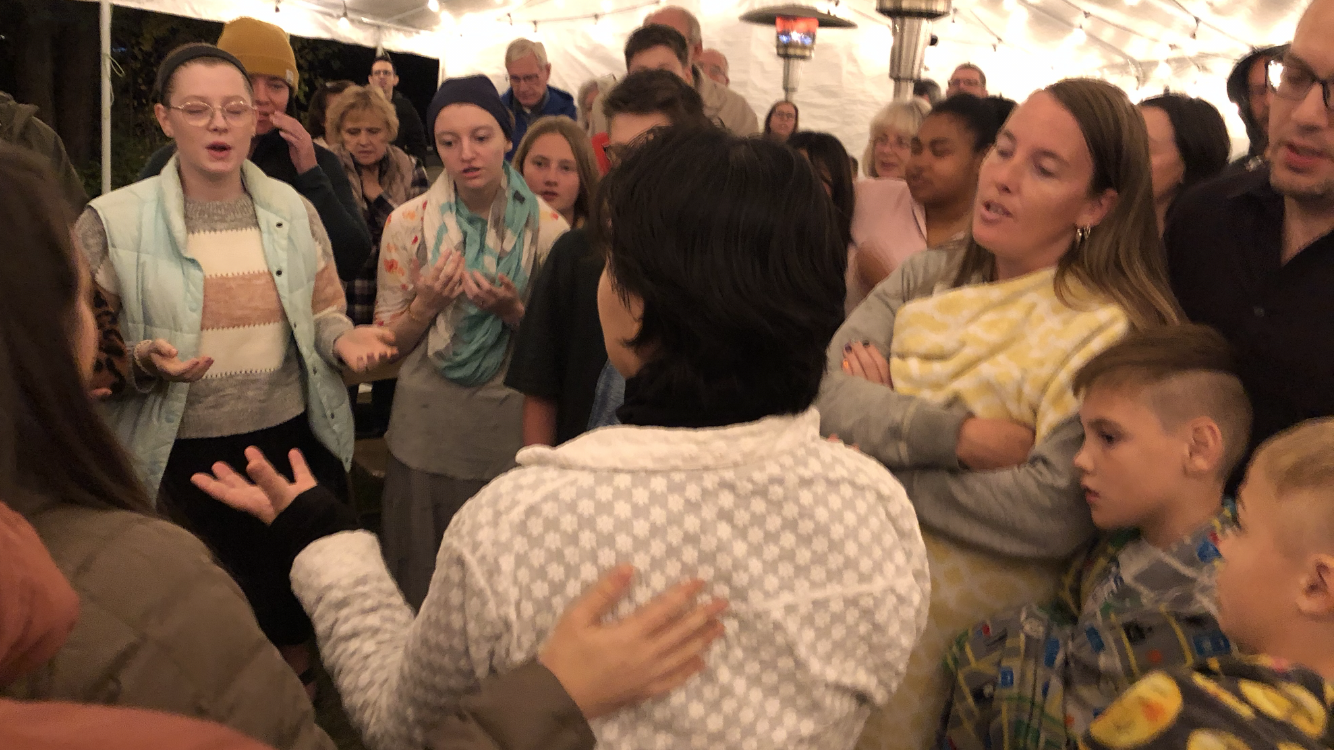 Yesterday, Esther Chang, a BTJ missionary, shared her experience of being arrested and thrown in jail North Korea for sharing the Gospel of Jesus. This was the first time Esther had ever shared openly about her experiences in an American church.

Esther and the BTJ team was invited by Connect Church in Bozeman, Montana, to share about the work in North Korea. “I had never heard about the cannibalism that she shared about. The idea of eating your neighbors or eating your own children just to stay alive? Sounds horrible. She is such a brave woman of God,” one woman, named Sarah, said after the service.

“I am just wrecked,” Pastor Russ, senior pastor of Connect Church said after the service with tears still in his eyes. “I didn’t want her to stop speaking.”

Esther Chang lived and worked among the people in North Korea, starting a noodle factory and preaching the Gospel in homes late at night. “One of the things that we would do,” Esther recalled, “is three or four of us would hide under a blanket and sing praise with one another.”

“Esther shared things about ministry in North Korea that I have never heard of,” said another attendee, while buying Esther’s biography, SMUGGLING LIGHT.

SMUGGLING LIGHT tells the story of how Esther wanted nothing to do with Christianity until a visit to an underground church in China flooded her with the mercy and power of the Holy Spirit—and she was given an unusual call: to be a missionary to North Koreans.

She found the North Koreans to be rude, filthy, and abusive, but she knew that God called her to serve them. North Koreans seeking refuge in China were the worst of the worst.

When she finally moved to North Korea, Esther gave her all to the people. She was eventually arrested and imprisoned, but never gave up. SMUGGLING LIGHT is her true tale of bravery, humility, and complete reliance on the mighty hand of God in one of the darkest nations in the world.

Esther will be speaking with Eugene Bach tomorrow night in Ft. Collins, CO and Dallas, Texas, over the weekend.