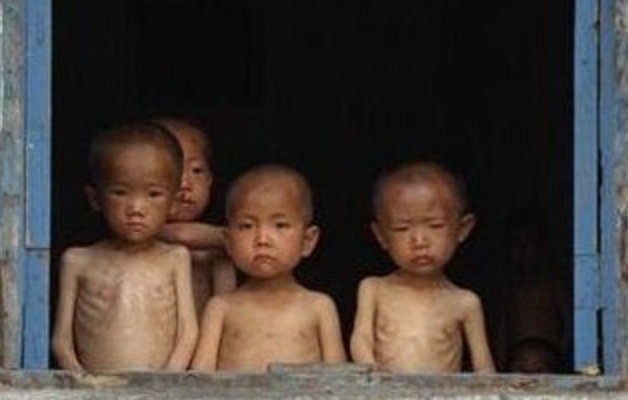 A new threat from North Korea to the rest of the world is almost a weekly event, but for the people in North Korea, BTJ is predicting a battle for survival this winter that will have nothing to do with war with America, Japan, or South Korea.

Starvation is on the horizon in North Korea this winter and it might be a perfect storm for the largest one in more than 20 years.

With all of the missile launches and nuclear testing that North Korea is conducting, it is easy to miss that North Korea has suffered a significant drought this year. According to a report released by the UN Food and Agriculture Organization (FAO), a drought in the central and southern cereal-producing provinces in North Korea has led to “serious concerns” about the final production of the internationally isolated country’s main cropping season.

Extreme drought in these critical growing regions has led to drastically less yields of staple crops and put millions of people at risk of starvation. The FAO report also states that Pyongyang will need to import more than 500,000 tons of food aid to stave off famine. If anyone has watched the news in the last week, 500,000 tons of food aid is most likely not on the way. Sanctions have been slapped on North Korea in the last couple of months that keep desperately needed items from going in or out of the nation. Even China, North Korea’s biggest supporter, is giving in to the sanctions.

North Korea’s war games might be extremely antagonistic right now because of the drought. Experts have pointed to Kim Jong Un’s most recent speeches where he has called on the people to ‘tighten their belts for the sake of the revolution,’ suggesting that food shortages are on the horizon.”

FAO reported, “Immediate interventions are needed to support the affected farmers and prevent negative coping strategies for the most vulnerable households.”

The report specifically outlines how crops of rice, corn, potatoes and soybeans have been hit along with herds of cattle, pigs, sheep, goats and poultry being severely affected.

North Korea’s agricultural sector is also hampered by a low level of mechanization, poor irrigation and a shortage of fertilizers, all of which are long-term problems for the North’s farmers.

It is only September, but BTJ is predicting that many deaths from starvation will hit during the winter of 2017/18.

In the mid-1990s, North Korea lost a quarter of it’s population due to starvation and famine. The cruel regime still remembers those days and euphemistically refers to it as the ‘Arduous March.’

South Korea-based Daily NK news website has noted that the price for rice has already jumped up more than 10% in the month of June alone.

In the 1990’s when several million people starved to death in North Korea, the three largest contributors of food aid were America, Japan, and South Korea. Unfortunately, these are the three nations that Kim has threatened the most with his provocative missile launches and nuclear testing.

There are no signs that these nations are willing to help this time.

If you would like to join the effort to help North Korea during this crisis, please consider clicking the link below: