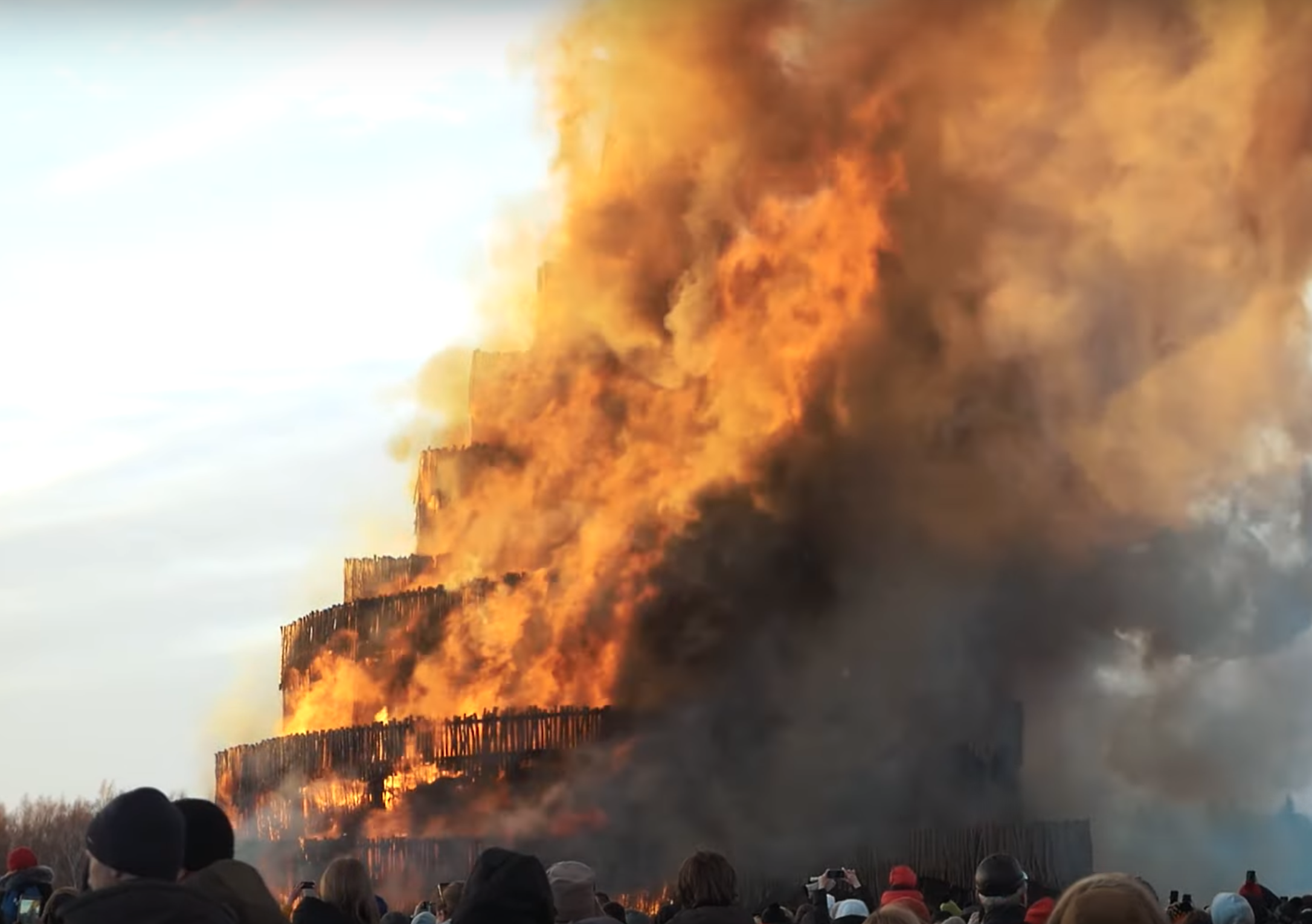 Only 200 miles from the border of the Ukraine in the small Russian art town of Kaluga, Russians gathered together to burn an effigy of the Tower of Babel during a time when there is disunity and war in much of the world.

Architect Ekaterina Polyakova and a team of 16 people built a 23-meter tower made of timber, logs, brushwood and hay and invited people to climb to the top, write down on a piece of paper the things in their lives that they wished to get rid of and leave it to be burned.

The Tower of Babel, as told in the Bible, was built in the world’s first metropolitan as a way for men to make a name for themselves. God did not approve of man’s empire-building ambitions and as a result, caused disunity by changing the languages of the people, prohibiting them from communicating with one another.

“It so happened that the Tower of Babel was never completed because of the discord between people and entire nations. The current one, which we are building for Maslenitsa in Nikola-Lenivets, serves as a modern symbol of such disunity,” Ekaterina Polyakova said.