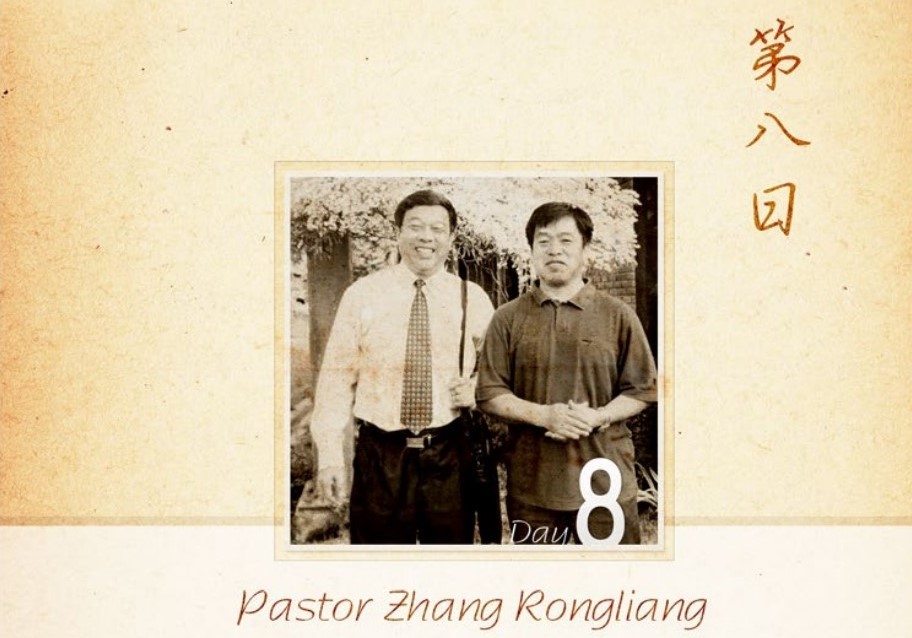 “My Grandfather Sun opened up the Bible to Isaiah chapter 53 and began reading verses 2 through 6 to me. Instead of reading what it said, he replaced some of the words with my name to read like this:

After hearing that, I couldn’t help but weep over the guilt of my sin and the high price that the Lord had paid to take it from me. From that day on, I decided to follow after Christ. The way Grandfather Sun read that passage has stayed with me until this day and I will never forget it.

My older sister once took me to church with her. It all seemed very mysterious to me since our culture didn’t have much exposure to Christianity. My sister leaned over and told me, “Zhang, you are supposed to close your eyes when we pray.” I didn’t know why. I thought you were supposed to close your eyes because something very mysterious and scary was about to happen and you weren’t supposed to watch it. I kept my eyes closed even after the prayer was over. When I heard people say, “Amen,” I didn’t know what they meant. I just kept my eyes closed.

Even when everyone was done praying and it was time to go home, I kept my eyes closed. I held on to my sister’s hand and she led me out of the church without looking at me. When we left the church and were walking home, she realized that I still had my eyes closed.
“What are you doing? Why are your eyes closed,” she asked.
“You told me to close my eyes!”
“Yes, but that is during prayer. We are not praying anymore. You can open them now.” It occurred to me that maybe the scary and mysterious things only happened when people were praying at church.

Not long after, Grandfather Sun was publicly humiliated and tortured. He was brought out by local officials and forced to walk down our hometown street with a board hanging around his neck. Written on it in huge letters was the phrase, “Follower of Jesus.” He was marked as an anti-revolutionary and humiliated by the Communist Party. A long hat resembling a western dunce cap was made out of newspaper and put on his head. He looked like a helpless lamb among wolves.

Before he died, he looked at me and said, “My boy. I believe the Lord will greatly use you for His purpose. I am going home now. Remember this with all your might: continue to preach the Good News of Jesus Christ whether the time is right or not.” Those words stay with me even now. They linger in my memory and have been stamped on my mind as the true mark of sacrifice: “….whether the time is right or not.