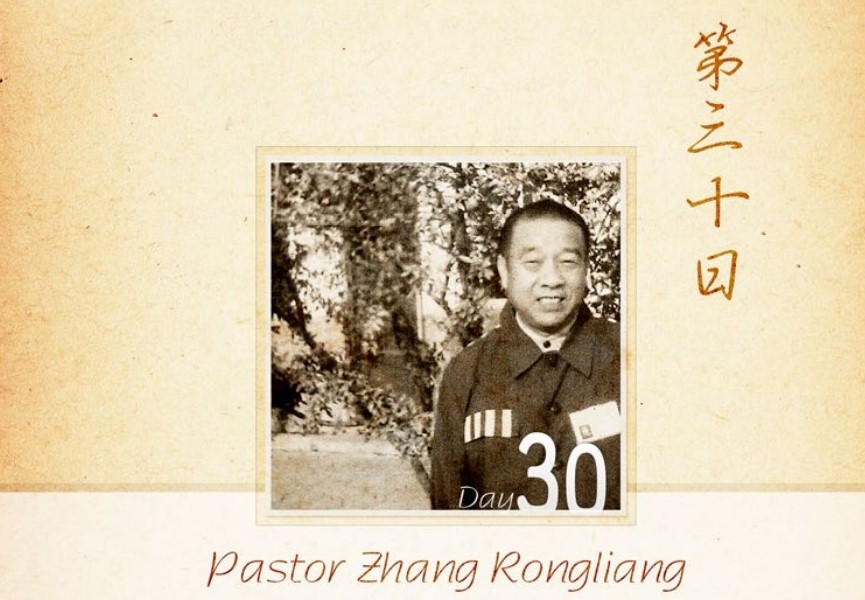 “During the first two months after I was arrested, I was questioned every day. I looked for a glimmer of hope that they would be letting me go. No hope came. “Zhang Rongliang. You are being charged with two counts. How do you plead?” The judge asked when my day in court finally came. “I plead not guilty.” After hearing my case, the judge was not moved. “Guilty,” was the stern verdict. The absoluteness of the moment echoed without fanfare through the courtroom.

Soon I was given a piece of paper. I held it up and read it. My crime was spelled out on that paper in black and white. At the bottom of the page it read, “For his crimes, Zhang Rongliang is hereby sentenced to eight years.” “Eight years,” I said to myself. It was the cycle of my life: in prison or out of prison, on the run or behind bars. It was an emotional roller coaster that I was getting too old for. I appealed to the middle courts, but it was no use. The Chinese authorities wanted me behind bars, and I was sent to Kaifeng Prison.

“Is this the place where I will die?” I asked myself. I was sentenced to Kaifeng Prison as a political prisoner. My health had been deteriorating and I was not sure how I would handle the hard labor. I had a sinking feeling that I would never leave that place alive. I was shown to my cell in the prison. I tried to remain cheerful, but was not able to conjure up the joy to break a smile. Eight years seemed like a death sentence and I was certain that I would never see the other side of the prison walls.

“I can’t,” I said to myself. “I can’t do this.” I was mentally knocked down before I even started. “This is surely where I will die.” I thought, but the Lord spoke to my heart in that low moment. “No. I will not leave you. I will be with you. I will lead you out of here.” The sweet sound of my Father’s voice bounced through my soul with warm vibrancy.

This was the voice of the Father who had carried me during the darkest days that I have ever experienced in a prison cell. When I was tied up and tortured, His voice gave me strength. When I was hungry and laying on the cold concrete floor without a blanket, His love brought me warmth. The words of the Father brought me hope, not just because they were comforting, but because they were familiar to me. The familiarity of my Father’s voice that has sustained me over the years brought nourishment for my soul. With this newfound hope, I knew that I would make it.

Seven years later, in 2011, when I received my release papers and began to walk out of the prison, I turned and looked back at the prison and could see many of my friends waving to me. The Spirit of the Lord came upon me and I could hear Him say, “Just as you sent men and women to preach the Gospel to the far flung provinces of China, Asia, and the Middle East, so have I sent you to preach the Gospel to the prisoners of Kaifeng.”

I was never alone. God was with me every step of the way, providing me with comfort and power. Being in Kaifeng was not about me at all. It was about God. I am crucified with Christ and it is no longer I who live, but He who lives in me. I had kept thinking of my journey as a personal trial to make me stronger and closer to God. Standing there and watching all of those enthusiastic young men waving at me as I walked out, I realized how selfish those thoughts had been. It was not about me at all—it was about my fellow prisoners and, ultimately, it was about God’s glory. It was about God’s love becoming known to all men for His glory alone, even those at Kaifeng Prison.

Even though my trial was not easy, I would not trade those seven years for anything. I think of Shadrach, Meshach, and Abednego as they were in the fiery furnace. The furnace was hot, but they were not burned up. Not only were they not burned up, but they were walking around joyfully in the midst of the flames! With those thoughts echoing in my mind, I turned and walked out of Kaifeng Prison.”