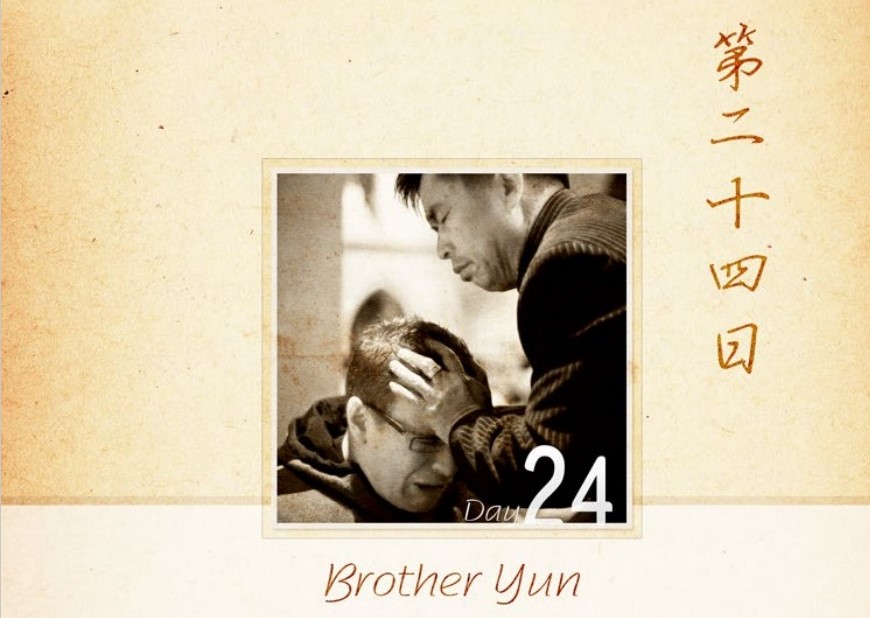 “One day God spoke to my heart and told me to travel to Greece to plant a church there. I don’t speak English or Greek, so it would be difficult to travel there by myself. I had every reason not to go, but God had put the country on my heart and I knew better than to refuse His calling.

I boarded a plane with my wife and within only a few hours God connected me with some Chinese who were living in the city of Athens. I traveled to a factory and to a retail shop and in both places I saw young people who were living with people all around them, but who were lonely inside. With the permission of the business owners, I spoke about the love of Jesus with the workers. Within minutes, the young people began to cry and several of them gave their hearts to Christ.

I was petitioned to travel to the local jail and to minister to a young lady who was an incarcerated illegal immigrant. Miraculously, although I wasn’t even a citizen of the country, the police handed her over to my custody. Together, we were able to start a small fellowship of new believers that is still thriving today in that business place.”

Brother Yun continued his story in Seattle, Washington in 2013, “When Jesus or the disciples performed miracles, healed the sick, or preached the Gospel, the majority of the time it was not in the temple, but instead on the streets, in homes, and in other public areas.” Brother Yun then exhorted his listeners to be disciples of Jesus instead of merely comfortable Christians sitting in churches without ever living our lives outside of the insulation of insurance.

“You don’t need miracles in the West. You have insurance. You have insurance for your car, your house, and your health, and many Christians view Jesus as just another insurance plan. You don’t want to go to hell so you get ‘Jesus insurance’ and just acknowledge Him enough to get into heaven.”

Shortly after leaving China, Brother Yun was strongly attacked by other Christian believers around the world. Websites and newsletters were sent out attacking Brother Yun’s story and his character. Instead of retaliating, Brother Yun prayed for them. China tortured him and threw him into prison to die. Today he refuses to openly attack or protest against the government of China or to say anything that would be disparaging towards the current regime.

Two thousand years ago Christ gave his followers a simple solution to the inevitable conflict that they would face in their lives: “But I say to you, love your enemies, bless them that curse you, do good to them that hate you, and pray for them which despitefully use you, and persecute you.” What if we sent missionaries instead of troops to the most hostile areas in the world? What if we sent them Bibles instead of bombs?