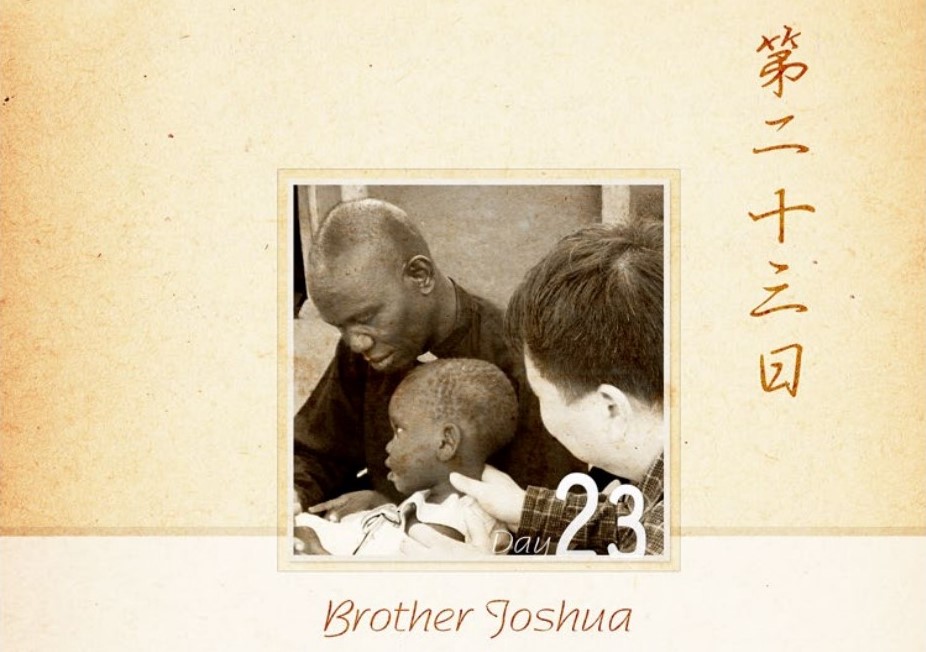 Joshua is one of the main “uncles” in an underground House church network that does not have a name. This network is made up of five main leaders who share the authority over a group of several million believers.

“Many people learn about Back to Jerusalem but are not really sure how they fit into the vision,” Joshua said to a church on his second trip to America. “The Back to Jerusalem vision is not just a task for the Chinese. It is a commission that has been given to the church of this day. It includes all people.”

“When I read the book of Exodus, I see a story that has much to teach us about the Back to Jerusalem vision. After the Israelites had been slaves for several hundred years, they cried out to God and He heard their cries. Their days of suffering in slavery were coming to an end and they were going to be led into the land that God had promised their ancestors—the land of milk and honey.

But leaving slavery was not an easy task. The Israelites continued to suffer, challenge after challenge. From the first day that they left Egypt they were walking on a road that they had never walked on before. They were going in a direction that none of them had ever traveled before.

As soon as the Israelites were out of danger from the Egyptians in a place called Rephidim, another enemy rose up and attacked them. This didn’t seem like a good deal at all to them. Did God deliver the Israelites out of Egypt only to throw them into war? They were looking for the land of milk and honey; they were not looking for a war. However, war is what they got when Amalek attacked them.

Moses, Aaron, and Hur did not lead the Israelites onto the battlefield. Instead, they went to the top of a hill. The Israelites already did not know what they were supposed to be doing and now even their most senior leader was on top of a hill, holding up a stick.

Have you ever thought about how dangerous this was, sending an untrained army to the battlefield under a leader with zero experience? In China, we have been taken from the frying pan of persecution and sent to the battlefield of Muhammed and Buddha. We have been led out of the slavery of Communism into the battle of Animism and Hinduism and God is calling the leadership in China to go up to the mountain and pray.

It is not enough to have the vision of Back to Jerusalem. The vision alone is not a guarantor of victory. God commands our leadership to go up to the high places and to pray over the army that is being sent out. God never commanded us to establish a committee that could utilize the best minds to strategize how the battle plan will unfold. God never commissioned us to find the most intellectually feasible way to gather souls from the harvest. We need to seek after Him in prayer and fasting.

Why do we have to go to the mountain? So that we can hear what the Lord is saying in our specific situation. Intellect will fail us. People are looking for answers and asking why China is having a revival when they are not. The answer is very simple. The leadership in China is fervently seeking after God in prayer.”