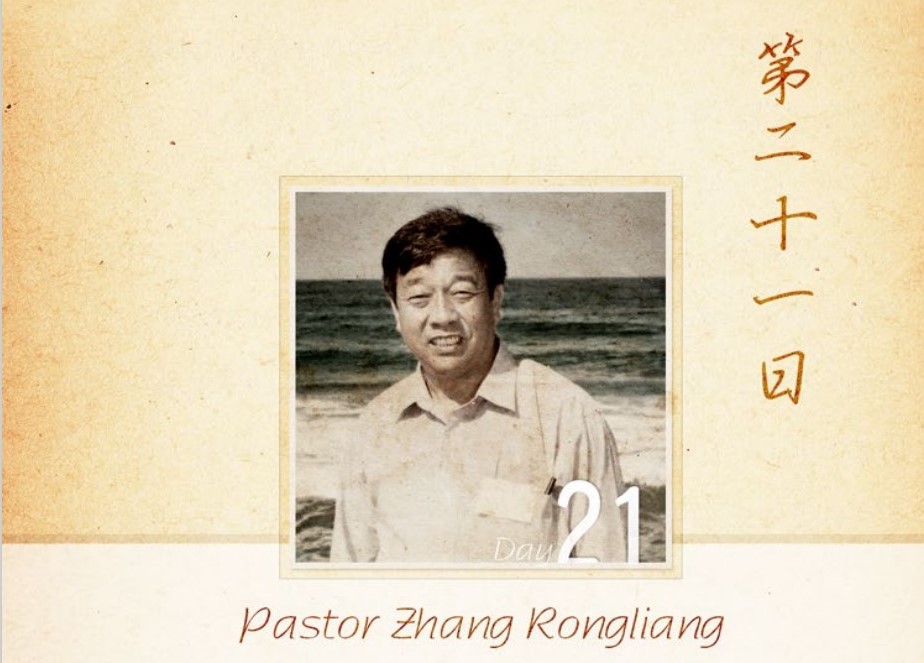 “On June 2, 1971, I was detained at a local jail while a small detachment of police were sent to my home to look for my Bible and any other religious writings. I knew that they would not find my Bible. I often gave it to others and we had a system of shuffling it around from one house to another to keep it from being discovered by the police.

The team tore my home apart, piece by piece, searching for my Bible. They knew that I had a Bible, but I would not tell them where it was. They didn’t find it, but they did find my hymnal and you would have thought that they had found a thousand Bibles by the way they acted.

Even though I knew that a hymnal is not the same as a Bible, to the Party officials it was just as incriminating. When the search party returned to the jail, they had my hymnal in their hands. They waved it around and showed the others their prized treasure. “Where did you get this?” they demanded as they looked at me. “Who gave you this song book?”

I didn’t answer, but I was becoming hungry because they had quit feeding me several days earlier. They were deliberately depriving me of food so that I would be more apt to break. First food deprivation, then sleep deprivation. I knew how things were going to be, but that didn’t make it any easier.

Communism does something very cruel to a person. It takes away the personalization of individuals. Christians understand that we are brothers and sisters in Christ Jesus. We are a family. Atheism takes away that shared commonality. People are no longer people. People are devalued to the point of animals in accordance with evolutionary theories. In Communist China, people are expendable.

Every day my captors interrogated me. I kept getting weaker from a lack of food. The guards would beat me to the ground and then kick me. Every blow seemed to jolt my entire body more and more as I weakened from hunger. They were losing patience and I was losing consciousness. On the third day of beatings, my frail body was exhausted and depleted of sustenance. The summer heat was inescapable. There was no bed and it was hard for me to sleep on the floor. I tried to find the coolest place on the floor to lie down in order to keep from sweating. I knew that the more I sweat, the more dehydrated I would become, but eventually I was too weak to care.

“Why are you doing this Zhang?” The guards would ask me. “Why can’t you just give up your foolish beliefs and work with us?” What could I say? How could I help them understand that the love of Jesus is greater than any love we might experience in this world? I didn’t want to be tortured anymore, but I knew that if I lost my Bible I might never get another one. I thought of dear Grandfather Sun who had given it to me and of the words that he had shared with me before he was martyred.

“Zhang, you must live and die with that Bible. No matter what, you must not allow them to take it from you,” I told myself. That Bible was my life. It was a family treasure and I knew I had to guard it and keep it safe. I never told them where my Bible was and they never found it. Praise God.”

Leave a reply to J. Render Click here to cancel the reply