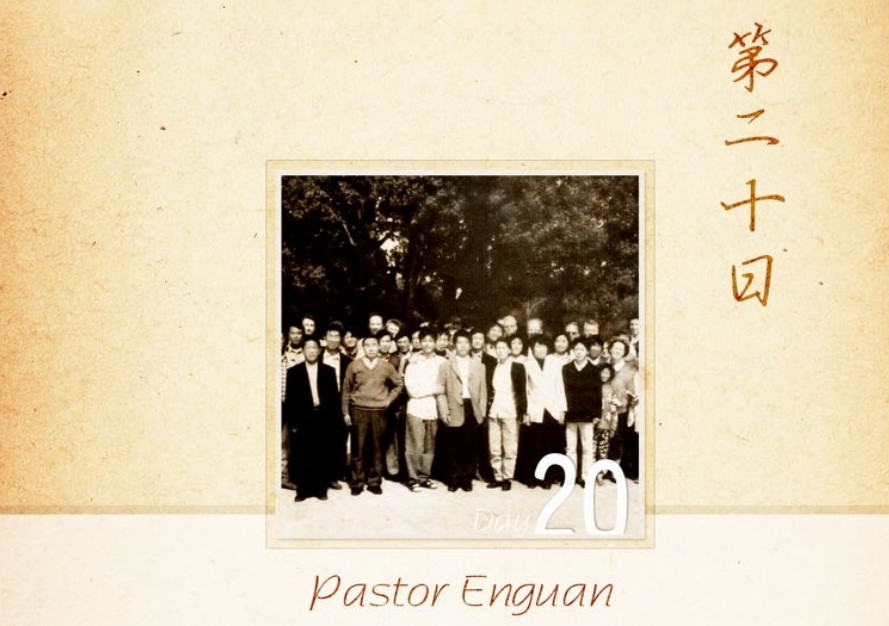 Lixin Church, originally named after Lixin County, is also known as “Blessing Network” or “Mongfu” in Chinese. Enguan, one of the founders, was saved in 1978 at the age of 16 and what happened next was one of the most unusual church growth stories to ever come out of China.

At the age of fourteen, Enguan’s father became ill and died. Two years later his mother also became seriously ill. According to Enguan, she had also been demon possessed for a long time.

There were only six known Chinese Christians who lived in his village when he was a child. They were a remnant from the time of foreign missionaries, who had since departed. He wanted to ask the Christians to come and pray for his mother because of her demon possession, but in China it is customary to feed houseguests. Since he couldn’t afford to keep asking them to come and pray for his mother, he memorized the words of their prayers and prayed them over her himself. One day he knelt down and began praying for his mother, and suddenly she was set free from demon possession.

At that time the local Christians didn’t have any worship services, so Enguan began to hold meetings at his home, which became the very first House church of Lixin County. Enguan received requests to travel around and pray for those who were demon possessed. As he prayed, people were set free from the demons and entire families came to the Lord.

It is not easy for people from that generation to explain how things happened in those early days, but people saw the miracles and believed. They held close to themselves the prayers in the name of Jesus that showed power to heal the sick and perform miracles, but there was no Bible to be found anywhere. No one had ever even seen a Bible or knew anyone else who had.

After some time, the people of Lixin church were finally able to get their hands on a Bible. They were very excited to have a Bible in their midst, but were not exactly sure what to do with it. After the people of the Lixin Church received a Bible they employed two main methods to heal the sick.

One way was to have the Bible on the bed and have the sick people lay on it. Sometimes they even used the Bible like a pillow and believed in their healing. The second way was to hit people with the Bible. The leaders of Lixin Church would tell the sick people to stand still and would take the Bible and actually hit them on the head with it. Amazingly, both ways worked repeatedly.

“We were one of the most heavily-persecuted churches in all of China. Christians in our area were not Christians for long before they were rounded up by the police. You would meet believers who had been saved for six years and had served five and a half of those years in prison. It was not uncommon for baby Christians to only be saved for a month before being martyred for their faith. This was normal life during the early days of the Lixin Network.”

In 1999, Enguan was arrested and went to jail for two years. During that time his job was to make television boxes for Haier Electronics. Pastor Enguan had access to convicts on death row and preached the gospel to them. Even though they were in the most hopeless of situations with no light at the end of the tunnel, these prisoners found love and mercy in Christ. Every prisoner on the death row of that prison became a Christian.