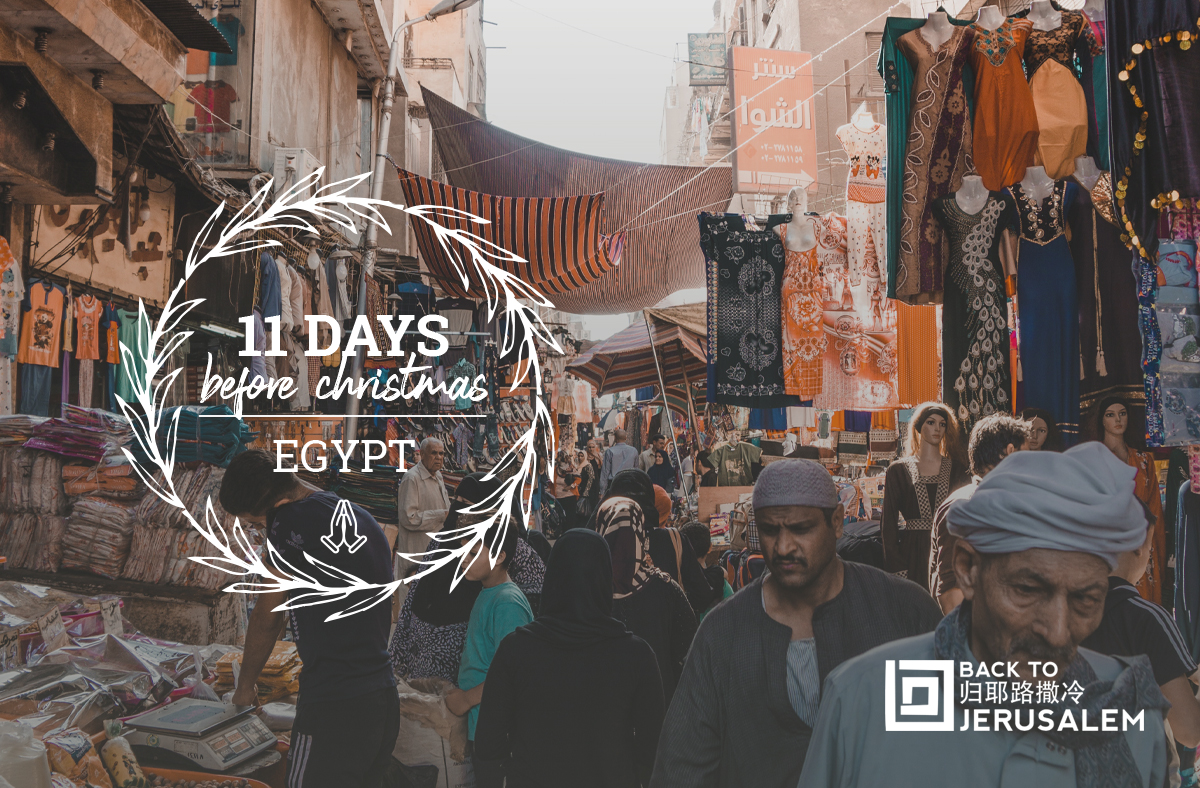 ON THE SECOND DAY OF CHRISTMAS my Savior gave to me, a heart for the people of Egypt.

It is interesting that, although Egypt is central to the Christmas story, few of us ever think of it when we think of Christmas. The story of Jesus’ family fleeing to Egypt to escape persecution is recounted in the Gospel of Matthew (2:13-23).

The land of Egypt provided a safe haven for the Messiah and only three decades later, several of His disciples traveled back to Egypt to preach the Good News. During the first three hundred years of the Church, the number of Christians in Egypt exploded. There were so many Christians in Egypt during those first years that Egypt became synonymous with Christianity. Even today, Egyptian Christians are called Copts or Coptic Christians – a word that means “common Egyptian”.

Unfortunately, that is not the case today. After Egypt was overrun by Islamic jihadists, Christians have been persecuted, imprisoned, and killed. In Egypt, churches are often attacked and even bombed.

Some of the most recent attacks have been in Minya province where mobs have surrounded Christian churches, persecuted believers, and attacked any police getting in their way.

Every year, prior to Christmas, the entire Egyptian Coptic church fasts and prays for three days to remember how the Lord delivered them from extinction at the hands of the Muslim rulers.

During this Christmas season, let’s remember our dear brothers and sisters in Egypt who have sacrificed everything to serve the Lord. May the message of Christmas once again find safety in Egypt and may the children of the Lord be set free from the slavery chains of Islam.

May the words of the old prophet be shouted from the mountain tops, “and out of Egypt, I called my son.” (Hosea 11:1)

Listen to the audio podcast for Day 2