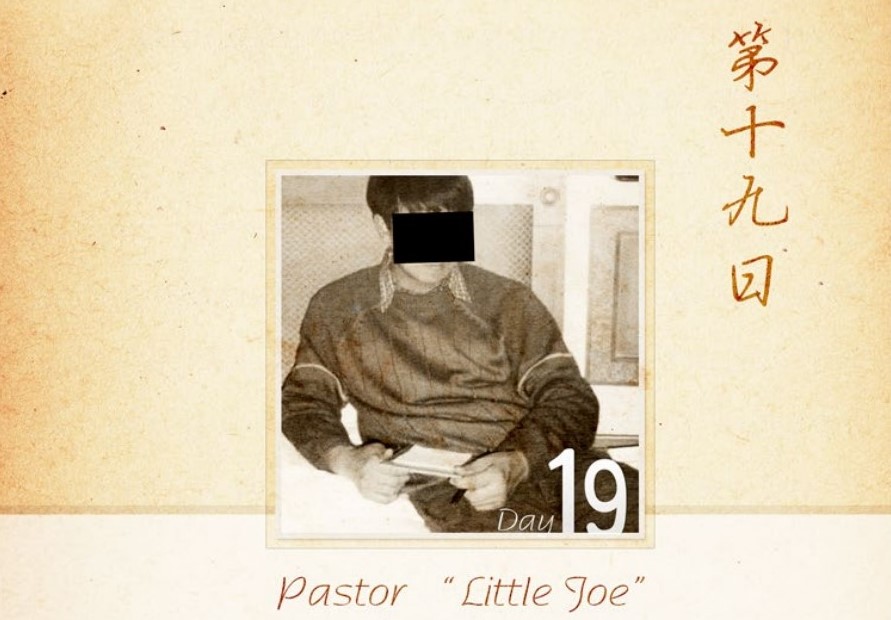 Pastor Joe is another House church network leader in China and is currently leading a network that was founded by his father. Little Joe works with very few foreigners; in fact, he may not work with any foreigners outside those partnered with Back to Jerusalem.

Little Joe first started preaching in the 1990s and began to take over the leadership of the church when his father was in prison. Little Joe’s lowest point came in 2000 when he was arrested in Anhui Province. The judge sentenced him to three years in prison for preaching the Gospel. He was sentenced to serve his three years at an infamous coal mine labor camp, the same dreaded labor camp, in fact, that his father had served in years before.

“That prison was especially hard on Christians,” Little Joe recalled. “I know that many Christians tell stories that end in wonderful testimonies about God’s amazing grace and power bringing them miraculously through the most trying times, but that was not always the case for us.”

Every day each prisoner in the mine has to fill a quota. If they do not complete their quota they will be punished. After the Christian brother was beaten, he was not able to complete his quota the next day. He was beaten again and kicked in the head. He was kicked so hard that it caused him serious brain damage. He was not able to bear the abuse any longer, so he used a lamp in the shower room, took the bulb out of the socket, turned on the water, and killed himself. He just couldn’t take it anymore. Torture for a few days or even weeks might be bearable, but when there is no end in sight, there can be times when the human body and mind just quit.”

In the movie Defiance there is a Rabbi who echoes these words when the Jews during World War II were dying after years of being hunted like animals and starving with no place to live. The Rabbi prayed:

“We commit our friends into your hands. We have no more prayers, no more tears; we have run out of blood. Choose another people. We have paid for each of your commandments. We have covered them with headstones in the field. Sanctify another mount. Choose another people. Teach them the deeds and the prophesies. Grant us but one more blessing: Take back the gift of our holiness.”

In the deepest times of suffering, it is often tempting for Christians too, but we have a Hope that does not disappoint.