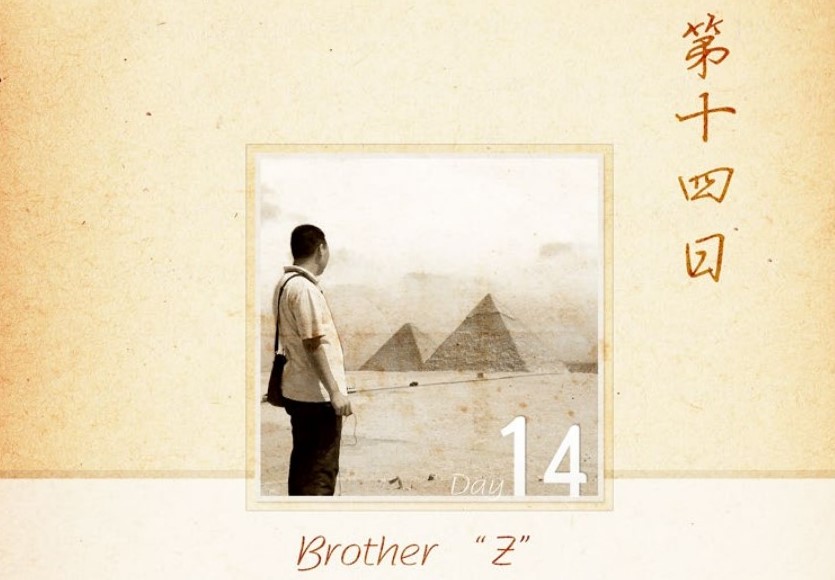 Brother “Z” is a Back to Jerusalem missionary who God called to minister in the Muslim world. A few years ago, Brother “Z”, his wife, and his small daughter moved to Egypt to preach the gospel of Jesus Christ. Brother “Z” didn’t know much of the language, didn’t understand the culture, and was not educated enough to obtain a well-paying job. He knew that God had called him to go, so he and his family went, putting their faith in the Lord.

“We found in Egypt that there were not many believers. After we learned a little about the culture, politics, and laws of Egypt we felt that it was wisest to be low-profile Chinese immigrants so that we could build relationships with the locals. Most Egyptians did not immediately assume that we were Christians, because we were Chinese. This helped us build quick relationships with the local people and share with them the gospel message.

We had small meetings in our home so that it would be safer for those who converted. In Egypt, if the local people brought a complaint against us, it would be very easy for us to be kicked out. Our strategy was to pursue friendships with the Muslims whom God brought to us, and trust that He would give us opportunities to minister in that way.

During the Revolution in Egypt, we were able to build up our relationships with the local Egyptians who lived in our building. Even though there was danger and uncertainty everywhere, we wanted to bring the peace of Jesus into the lives of others. We invited families over to our home and showed them how we pray before meals and demonstrated to them the love of Jesus. They were amazed at the level of freedom we had when we prayed to God before eating. We didn’t have to stand, kneel, or quote endless memorized phrases in a synchronized manner. We speak to a living God who responds to the heart over ceremony.

One family in our building became very sick, so the family came and asked us to go and pray for them. We immediately went up the stairs to their apartment and prayed for the sick boy. His sickness went away and he was healed.

Because of our time in Egypt, we learned many things about Muslims. Many Muslims don’t understand the Koran and aren’t even familiar with what their prayers mean. They only repeat what they have been forced to learn. By sharing Jesus with the people in Egypt, we were able to see prisoners of Islam set free.”