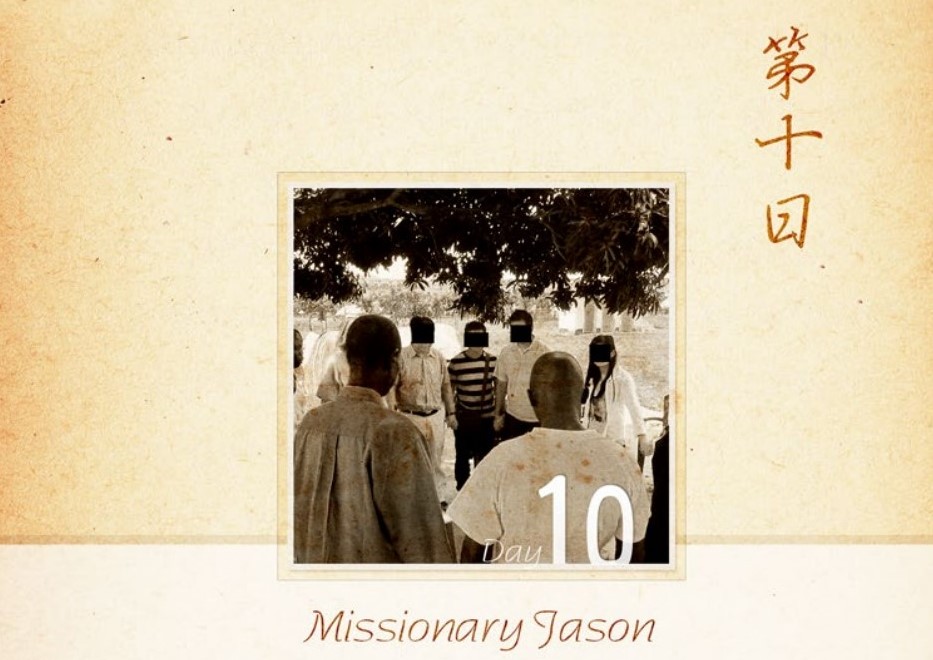 The countries between China and Jerusalem are known in the missions world as the 10/40 Window. Two-thirds of the world’s population lives in this window and nine out of every ten people who have never heard the gospel of Jesus Christ also live in this area.

Sadly, even though the majority of the people in the world and virtually all unevangelised people groups live in the 10/40 Window, less than one penny for every $100 USD given to missions is used here.

The opposite is true for Jason who comes from Henan, China. His home church has very few resources, but it uses the majority of them to support Jason and his family as they serve in South Sudan. Jason’s family, along with another missionary team, are the first BTJ missionaries from China sent to live and serve in South Sudan. Here is one of his many testimonies from the last year:

“There is a well-known lady living in our area who is known to be demon possessed. Witchcraft and demon possession are common here among the tribes in South Sudan. She did not want to be controlled by evil spirits any longer and begged for someone to help her escape their torment. She asked one of the local Sudanese pastors for help, but he was not willing to help her.

In December 2013, my coworker and I were invited to attend a local meeting with a body of new believers. They asked us to pray for the sick. As we began to pray, the demon possessed woman came forward and received prayer. Suddenly she began to shout, ‘I am free! The demon has left me! I am free!’ Immediately she gave glory to Jesus for what He had done in her life. She shouted that she was free and she has remained healed from that moment on.

I was encouraged and strengthened by her testimony. I am used to reading in the Bible about extraordinary miracles through Paul and the other apostles, and I believe their accounts of how the sick were healed and evil spirits were forced to flee, but have never thought that I would be witness to similar miracles in a place like South Sudan.

Only God can truly understand how weak and ignorant I am. I can only bow down at His feet and trust in His Word. He makes me taste the joy and satisfaction of His presence. Our God is a healing God, and I believe that when we depend on him and lift his name on high, He will become our strength and help us to do His work. So, we should go out with this simple faith, trusting in His power and not in our own and help and love those people who don’t know God yet.”