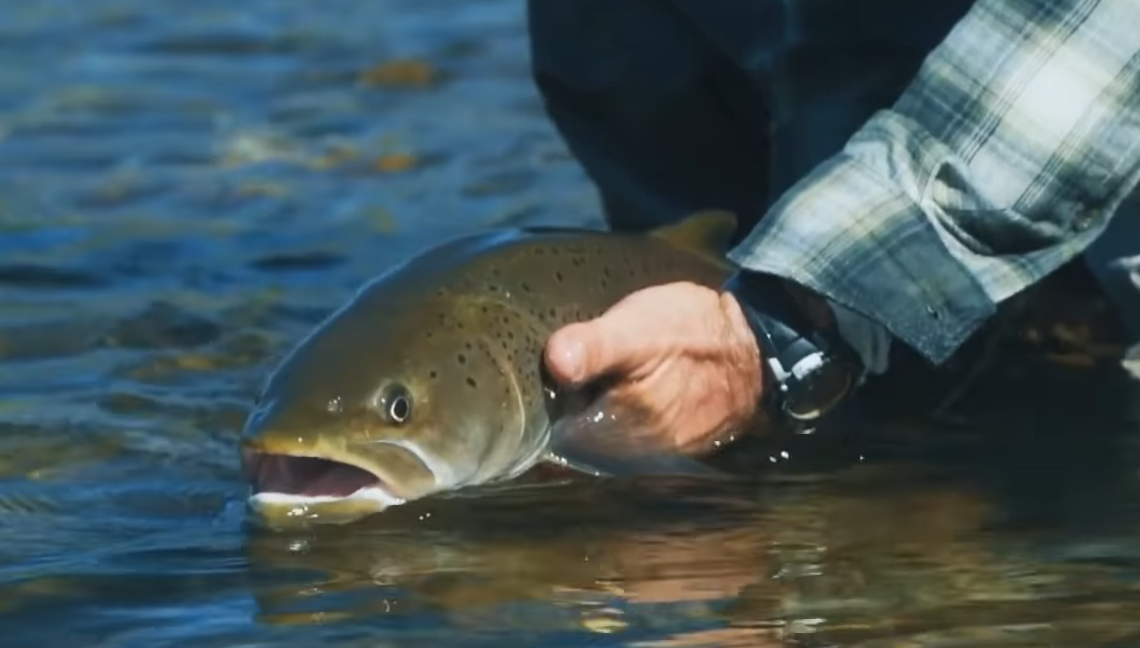 North Korea is in trouble. Big trouble.  If they do not do something now, many of their people will starve to death this winter. In a rare move, the government is looking to salmon for hope, but that hope might be short lived.

Last month, on August 20, Kim Jong Un made an extremely rare public announcement about the country’s situation, saying that they are facing “severe internal and external situations” and “unexpected … challenges.” With severe food shortage, he conceded that “many of the planned goals for national economic growth have not yet been attained, nor [have] the people’s living standards improved markedly.” It was an unprecedented admission which demonstrated the severity of North Korea’s current dire food situation.

Thousands of North Koreans might starve this winter because of a triple crisis. Their crops have been destroyed by torrential rains that have flooded villages throughout the country, destroying 100,000 acres and killing at least 22 people. The economy has been destroyed by the sanctions imposed by the US. Anything left standing has been further decimated by the Covid-19 crisis.

More than 15 million people will suffer malnutrition this year in North Korea. Six out of ten do not have enough food to feed their families. North Korea is considered to be one of the most troubling food situations in the world – along with Afghanistan and Yemen.

Today, the North Korean government offered a solution to their hunger problem. The official news agency announced that they are looking to a special fish called the Hucho ishikawi to help them during this time. The Hucho ishikawi (so fun to say) – or the Korean taimen – is a type of salmon that can provide a lot of healthy fats, amino acids, and protein. The fish can grow relatively fast and at over a meter long, can be quite large.

There is just one problem with this announcement: it is already September. The Korean winter is coming quick and Korean taimen farms have not been properly set up. Even if the North Korean government could set up fish farms in large numbers in the next twenty-four hours (which they can’t), they would still need to have food to feed the fish.

The Korean taimen can grow to be between 5-10lbs, which is a considerable amount of meat for a family, but a fish of this nature must eat between 75 – 125 lbs of food to reach a weight of 5-10 pounds. It will also take a 2-3 year cycle before the farms are putting out fish. 125 lbs over a period of three years means that these fish will need at least 25-50 grams of food per day to grow to a size which makes them plate-worthy.

At the moment, North Korea cannot provide 25-50 grams of food per day for their people.

BTJ has been involved in projects providing food to people in North Korea for more than 15 years. This year we are working on several projects to help provide food. For security reasons it is not possible to go into details, but these projects are only possible because of the partnership of BTJ GateKeepers.

The support that is provided by BTJ GateKeepers helps us to do projects that cannot be shared about openly. To learn more about becoming a BTJ GateKeeper and helping to provide food for North Korea please click here.