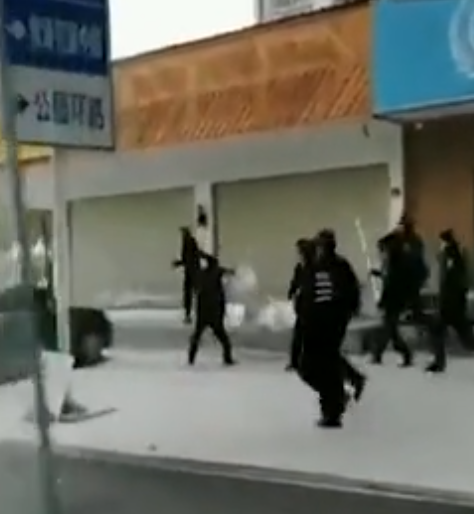 The Coronavirus is a plague attacking China and is getting worse by the day. Yesterday alone, 86 people died from the virus, bringing the death total to 724. Even though many draconian measures have been put in place to stop the disease, the total number of people infected with the virus is rising by about 3,000 people every day.

Unfortunately, the Coronavirus is not the only thing plaguing Wuhan.  Now Christians that have gone to help are being arrested and their aid confiscated.

BTJ is sending aid, but churches have warned that China is stopping aid coming from Christians. Christians handing out much-needed medical masks are being arrested and their masks are confiscated.

The Chinese government has rolled out tough new rules this month for Christians, requiring church leaders to show complete devotion to the Communist Party and this means no more unregistered aid efforts.

These new rules come as a result of the impact of Christian aid during disaster relief efforts.

The government also requires a permit for any overseas communication and that is where Back to Jerusalem support and humanitarian aid is vulnerable.

This new rule that formally became law on February 1, 2020, limits communications between churches and overseas organizations, like Chinese missionaries and BTJ supporters.

Since January, even before the law came into effect, there have been several reports of Wuhan police arresting Christians with aid attempting to help the city fight the coronavirus.

According to one message sent to BTJ in January, “please pray for our church as we hand out aid in the city of Wuhan. …two of our friends have been taken to jail and all of their [belongings] including masks were confiscated.”

Chinese Christians continue to go out to the streets in Wuhan to help people during this terrible time, even risking arrest.

People in Wuhan feel desperate and really appreciate the hope that the church is giving, especially now that officials are busting into private homes and forcibly dragging out those suspected of being exposed to the virus as seen in the picture below. 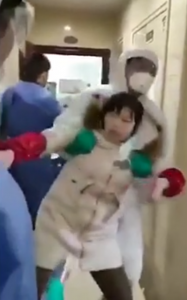 This is causing even more panic as residences in Wuhan watch their neighbors apprehended in their homes, dragged through the hallways, and chased through the streets. 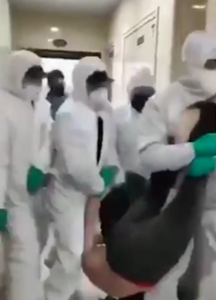 The man pictured above was dragged out of his home by four men in hazmat suits.  He was caught on video kicking, screaming, and resisting the entire way.

Preventing Christians from helping those in need is just the tip of the iceberg. China launched a five-year plan to tighten Party control over Christianity. Local churches that are registered have already been told to fly the national flag, take down the cross, sing patriotic songs and teach Communist Party sermons. Many Christians who have not complied with these new rules have been arrested even though they are guaranteed religious freedom in Article 36 of the Chinese Constitution.

Back to Jerusalem has sent over 20,000 medical face masks, but many more are needed. To help with this effort click here: https://backtojerusalem.com/support/disaster-relief/