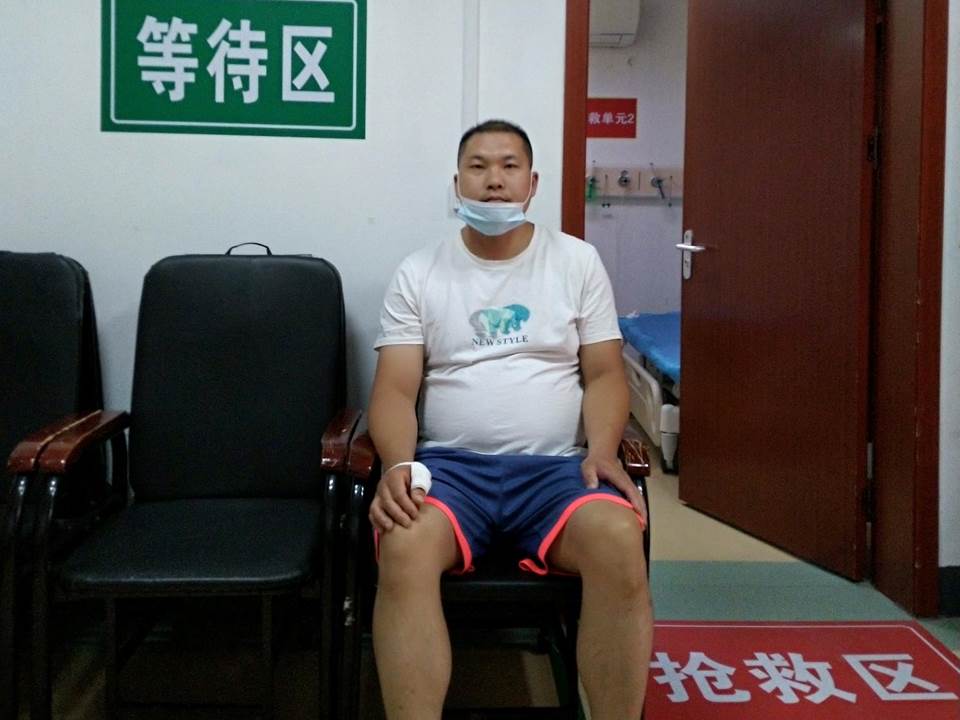 Dong Zhao, a Chinese Christian, was beaten repeatedly by the police for preaching the Gospel in China, according to FTV News.

Dong Zhao was arrested while at a Bible Study meeting in Henan Province, when police rushed in and seized all the believers. Their Bibles were immediately confiscated and used as evidence of their illegal activities.

Dong Zhao was told repeatedly by the Chinese authorities to stop sharing about Jesus, but he has refused to obey their orders. When he was caught sharing about Jesus, he was arrested and beaten by the police. “The result will be worse next time,” the police warned him after his most recent arrest. “Jesus told you to read the Bible, but I am telling you to stop,” ordered the police, asserting that their orders are more important than that of Jesus.

“They have been persecuting me for the last seven or eight years,” Dong Zhao shared. Dong Zhao’s persecution is not only against him, but also against his family. In 2014, Dong Zhao’s child was not able to attend primary school in Wenzhou, which is why Dong brought his family back to Henan Province.

When the police raided their Bible study, Dong didn’t stop sharing from the Bible. Even with the police in the room telling everyone to stop, Dong continued to preach. “Who taught you to believe in Jesus?” the police demanded to know. “Who told you that you could teach from the Bible?” When Dong tried to explain why he believed in Jesus, one of the police officers grew enraged struck him in the face.

Two other police officers ran forward and joined in, hitting and kicking Dong as he fell to the ground to protect himself.

Dong was arrested and taken to the local jail where he was not allowed to sleep until he signed a confession of his crime.

Dong’s testimony of persecution is common in China today, as the Beijing regime continues to attempt increased control over the house church.