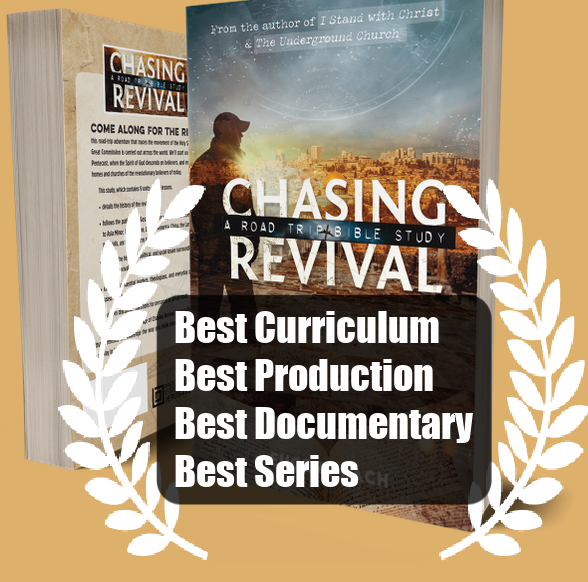 Back to Jerusalem’s Chasing Revival series is up for several award nominations at the International Christian Visual Media Crown Awards ceremony.

BTJ’s Chasing Revival series has been nominated in four categories. The four nominations are:

Chasing Revival is a Bible Study series unlike any other that takes you on a road trip journey, tracing the movement of the Holy Spirit as the Great Commission is carried out across the world.

Starting in Jerusalem on the day of Pentecost, when the Spirit of God descended on believers, the study follows the Gospel around the world to show how the Gospel has spread.

The study is a 9-part video series with 61 lessons that:

The thought-provoking message of Chasing Revival, along with the history it reveals, will challenge the way you think about revival and the role you play in it.

The 9-part video series is available now on RightNow media, or the entire series with the videos, devotion, and workbook are available by clicking here.