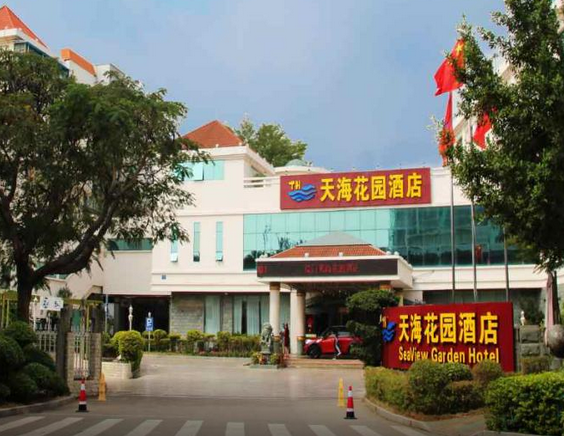 A hotel in Xiamen, China, has been caught renting out rooms for Christian meetings and has been fined. Xiamen Sea View Garden Hotel is popular among Chinese tourist in China’s southeastern-coastal Fujian Province, but because they rented their hotel meeting rooms to Christians, they were fined 20,000 yuan (or $3,000 USD).

The impact of this is quickly making waves throughout the underground house church communities in China who often hire out hotel rooms for meetings. The hotel was charged with violating Article 40 in the Revised Regulations for Religious Affairs which states that “religious activities held by citizens shall generally be held in an approved religious venue.”  This new regulation was implemented in 2018 and BTJ has been following the impact of these new laws.

From June 28 to August 9, the hotel was said to be guilty of mismanagement, permitting Christians to meet and conduct illegal Christian activities.

Not only was the hotel fined $3,000 USD, but The Bureau of Ethnic and Religious affairs also confiscated an additional 8,300 yuan that the hotel had earned from renting the meeting room to the Christians.

The government is watching hotels very closely because Christians are finding fewer and fewer locations to have secret meetings. Hotels feel intimidated and are now demanding to know the nature of the meetings being held in their hotel. Hotel staff are also used to observe and spy on the meetings to make certain that Christians do not use their facilities for meetings.

During the pandemic, hotels are fighting for every customer that they can get – especially in Xiamen. Xiamen is a location that has depended a lot on Hong Kong cruise ships and Russian tourists in the past, but due to the pandemic, all tourism from outside China has been stopped.

BTJ has often hosted Christian services on cruise ships to Xiamen and met with house church leaders in hotels. Now the need for God-inspired creativity is needed in China like never before for the saints to continue meeting.