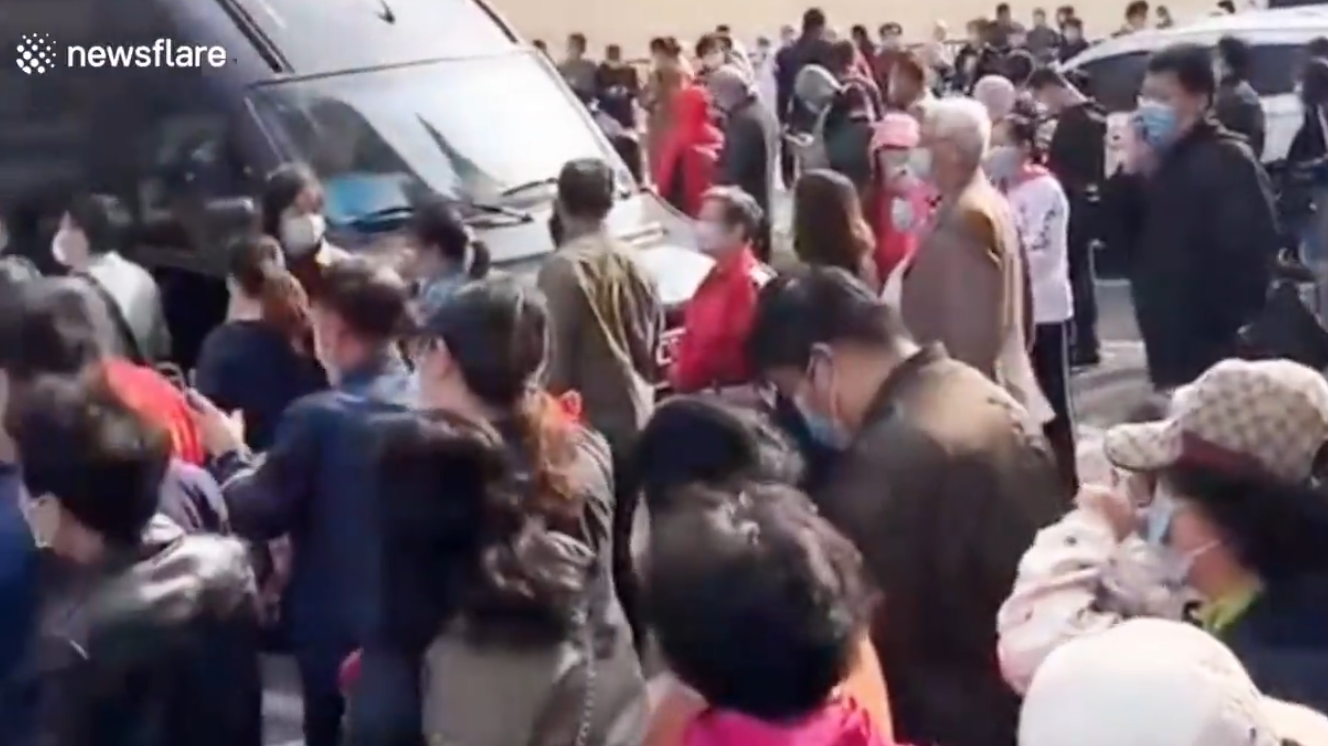 The Chinese city of Qingdao has reported twelve new cases of coronavirus and so the officials are taking the extraordinary step of testing the entire city in five days. For a city of almost 10 million people that is almost two million people being tested per day.

And how will China attempt this feat? Easy! Chinese citizens already have a mandatory app on their phone for the coronavirus. A message alert is simply sent out to every citizen, making it mandatory that they report to a government testing facility to be tested. Failing to do so can result in fines or jail time.

Video footage has been released of thousands of Chinese citizens lined up on the streets waiting to get tested. The lines can last for hours, but if they do not get tested, the penalties can be drastic.

I just arrived back in China and, upon arrival, was quarantined. Before I started my quarantine, I was told (by law) to download a government application on my phone. Once I have the application on my phone, I am told to travel to my location for quarantine where I am to walk from room to room allowing the app time to map the layout of my home. Once my home has been mapped out, the authorities will be able to monitor my movement while at home.

The coronavirus has wreaked havoc on the Chinese economy, but it has put unprecedented centralized power in the hands of the government.