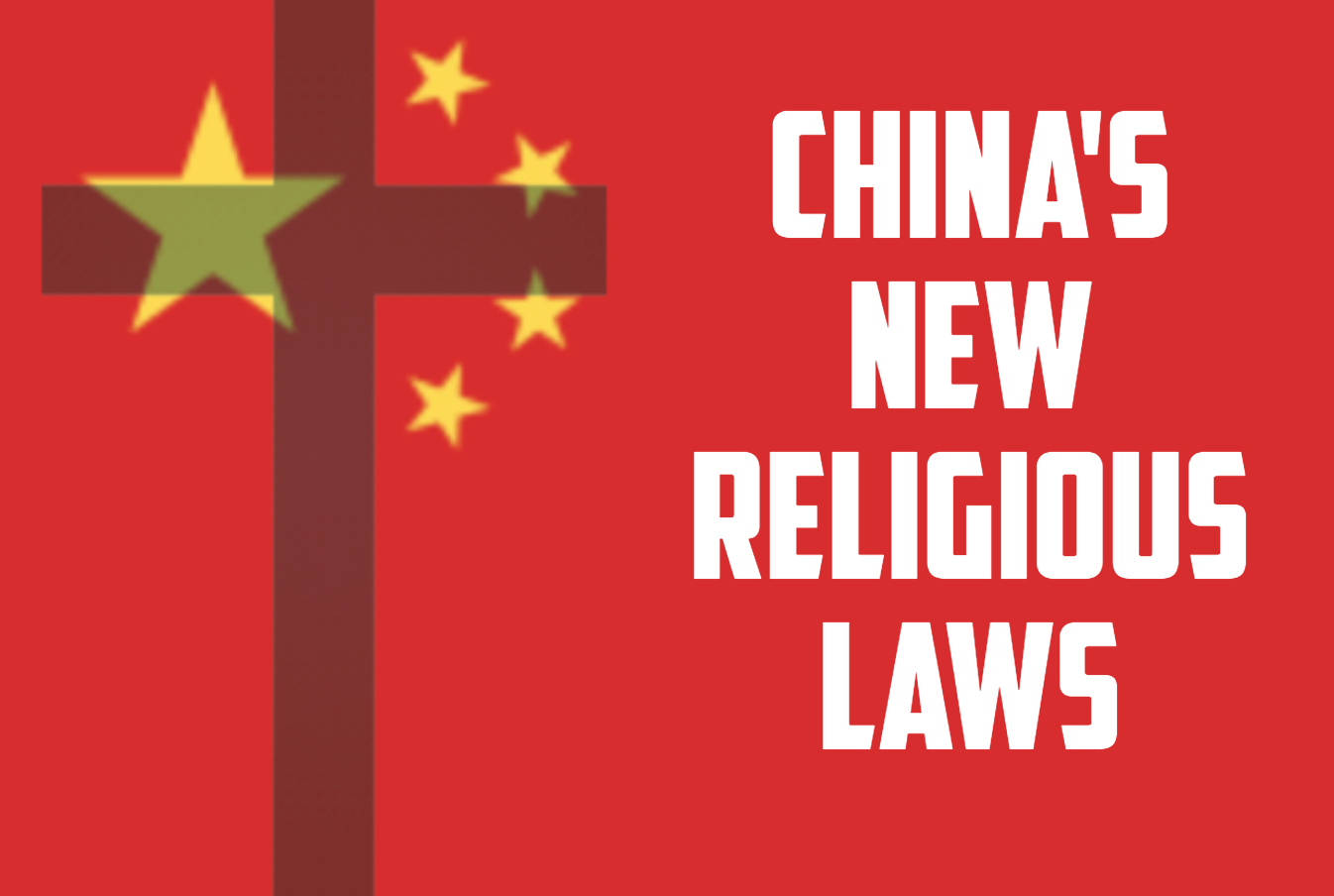 The Communist Party is responding to an alarming growth of Christians that are more bold and open than ever. The Christians are finding more and more security in their growing numbers.

There are more unregistered church gatherings in China that ever before. Buildings with crosses are popping up all over the nation – with or without registration. The new laws are an attempt to curve this growing trend.

Here is a quick look at the growing problem:

Business owners are assisting house church leaders by tithing a percentage of their property to be used for fellowship meetings.

Mr. Lee (not his real name) is a Korean business owner that runs a textile factory in China. His factory is active on the first floor and third floor of a multi-story building in Guangdong province. As a tithing to the church, Mr. Lee reserves the second floor of his business for a Bible school that is run by the Chinese underground house church. The noise and bustle of activities on the first and third floors of the factory provide the perfect cover for the 50-100 Bible school students on the second floor.

Tony (not his real name) is a business owner from Hong Kong. He is one of the leading manufacturers of goods that are sent to Europe and America from China. He has opened up his factory as a training facility for Back to Jerusalem missionaries.

Pastor Wang (not his real name) leads a small urban fellowship of a few hundred believers in Zhengzhou. His church has a large cross in the middle of a shopping district. The owner of the shopping district is a believer and has provides security for the church.

A skyscraper in Shanghai is home to a growing fellowship known as the ‘Little Flock’ church. The Little Flock church is made up of thriving educated middle class families and professionals. Only a secure elevator goes up to the floor where the church services are held. The entire floor of the skyscraper is rented by the church. The church is not legally registered, but there is no real attempt to hide it.

BTJ sources inside China reported the leak of this law when it was being written and BTJ was among the first to report it. Foreign Chinese ministries laughed saying that it could not possibly be true. Now, as was reported by BTJ, according to article 64 of the new religious law, ¥100,000 – ¥300,000 RMB fine is proposed to be slapped on anyone that organizes unregistered house church meetings. According to Article 69, a fine in value of property confiscated or ¥50,000 RMB will be imposed on the owner of the house where the meetings are held.

It gets worse. According to article 74, anyone who preaches the Gospel without holding a license issued by the government is considered to be an imposter and can be fined ¥10,000 RMB.

According to article 71 fine of ¥20,000 – ¥200,000 RMB can be imposed on the owner of the property where underground house church services will be held.

Each of these articles are basically in line with what BTJ reported earlier this year before the official law was released.

China is serious about stopping unregistered religious gatherings. 500 House church leaders were arrested in 2015 and that number increased to 600 in 2016 according to Christian rights advocacy group China Aid.

Chinese Christians, like the early first century church, have dispersed and split up into smaller groups. Christians that commonly use the phone app WeChat for communication have changed their accounts and made their groups smaller.

Larger gatherings in urban cities like Hangzhou and Wenzhou have adapted to the same tactics that the house church used in the 1980’s and 1990’s and downsized their meetings into smaller groups. Historically speaking, it was this very method that is attributed for the acceleration of the rate of reproduction among Christians in China.

If you would like to support Chinese evangelists that are working to grow the church regardless of the new laws, you can learn how to do so by clicking here: