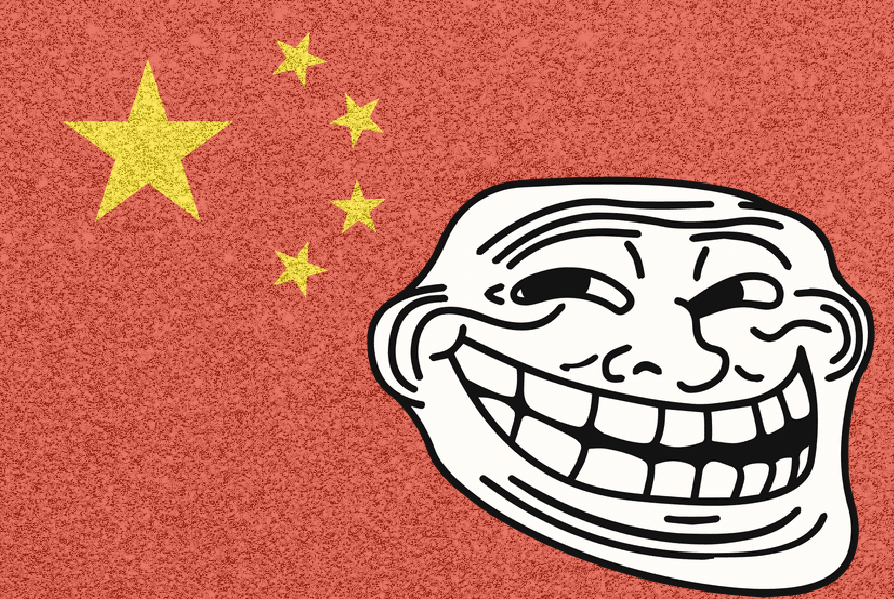 It all started with a simple comment on an article posted by SupChina: a pro-China opinion-news-mix site. The comment challenged an article that knowingly pushed the mentality of,  “if you do not accept the power of Communist tyranny, then you must be a racist.”

It did not take long before a suspected troll came rushing in to defend the Communist Party against the social media comment. His (or her?) name was Shawn and he had all the typical signs of a professional Chinese troll. It might not seem like it at first, but it is important to know how to spot them. They are extremely active and can quickly attack anyone who shares an opinion about China – especially as it relates to Christianity in China.

Chinese missionaries, and Christians praying for China, can sometimes find themselves being viscously attacked by someone online and not know why. A vicious attack, when done effectively, can make Christians feel that they should simply remain quiet, keeping their point-of-view to themselves, and go back to posting pictures of family and food – which is EXACTLY how trolls want you to feel.

In this special article, we want to reveal who the Chinese trolls are, what they do, what tactics they use, and what you can do about it.

The battle is bigger than you think and, without exaggeration, the impact of these online trolls could potentially ruin your life. Even though Twitter, Facebook, Instagram, etc are blocked in China for regular citizens, that has not stopped China from launching an online army that can spook a company that you work for, investors that are involved in your business, or customers that purchase your products and services. The online army knows you have a livelihood and that you could lose it if you say the wrong thing online. If they do not ruin your life, they will certainly ruin your day.

As a Christian, especially if you are a Christian that is actively supporting Back to Jerusalem and reading updates from our office (via website, social media, newsletter, or meetings), you need to know that you have much MUCH more information about China than most average Western citizens. Your information is deadly to the image that the Communist Party tries to project, so if you comment on a topic regarding China you could potentially be a target.

If you ever become a target of Chinese trolling, here are the basics you need to know.

The online army of Chinese trolls are called the “50-Cent Party,” because it is believed they get paid $0.50 per comment that they post. This means that they are eager to get into an argument with you. The more you argue, the more money they make.

According to one Harvard study, this group of keyboard combatants is made up of at least two million people.

The simple chart below provided by Harvard shows how their command structure is made up. 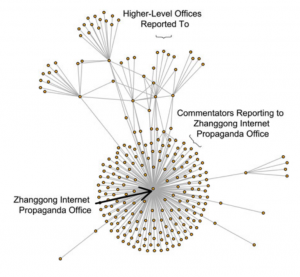 The “50-Cent Party” dutifully attacks anyone who says anything online that might not paint the Chinese Communist Party in a good light. They do this on social media, chat forums, and websites.

For instance, if the government openly promotes an image that Christians have complete religious freedom in China, and you share details on social media in direct contrast to their statement, about pastors being arrested and churches being destroyed – you become a target to be silenced.

They often bombard you with more statements than you can respond to. This is one of the ways to silence you. It is estimated that ‘Chinese government staff’ generate a whopping half a billion social media comments per year.

However, it is not only social media comments that they post; they also attack websites and networks in systematic cyber attacks.

“More than 90% of the cyber attacks I deal with on a daily basis are from Chinese government cyber warfare units,” said one cybersecurity expert at the BTJ Hacker’s Conference earlier this year.

Chinese Christian ministry websites are a major target. “We get “lockdown” notifications from the security system we have in place, giving the IP locations of the attempted hacks, which can be hundreds, even thousands of attempts per day to break in. The locations tend to come from one in Shanghai, Wuhan, or Shenzhen,” one ministry leader reported last month.

How to Identify Them

Assuming that you do not work with a cybersecurity firm and cannot trace IP addresses of people that you are engaging online, there are a couple of ways for everyday netizens to identify them.

First, if you are suddenly inundated with comments from China – that could be a first clue that you are dealing with members of the 50 Cent Party.

An Australian-born Uyghur Arslan Hidayat learned this the hard way. Arslan was helping to run a community Facebook page when it suddenly caught the attention of the Chinese government. “My phone was going ‘bring, bring, bring,” Aslan said describing the update feature from Facebook. His sleepy Facebook page was getting tons of comments out of nowhere. “I was like, What the h*** is going on?”

The second way to identify an attack from the 50 Cent Party, is by looking at the user profile. If a user is impersonal, that can be a dead give away.

About a month ago, I woke up to several hundred updates on my Facebook page. When I clicked on the updates, I saw that there was a middle-aged woman who had written the most nasty and vile remarks on my photos and posts. It was a personal attack. When I looked at the profile of the user (below), I noticed that she did not have any personal photos, family updates, etc.  Instead, all of her posts were memes, political quotes, and character assassinations of random Western leaders that are not in China’s good graces.  Each post and meme was just as disgusting as her profile banner. 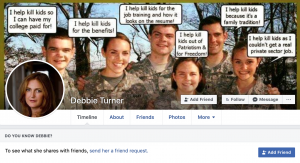 Shawn, the account that attacked the comment made on SupChina’s social media post, did not have any family pictures or personal pictures. Even though he was super active and incredibly aggressive and vile in his attacks, he did not have one single post about his life. It was clear that his account existed for one thing and one thing only – political combating.

The third way that a 50 Cent Party troll can be identified, is by the way they assassinate character and immediately make debates personal. Debating content is not their goal. Their goal is to silence your voice online. This might sound like many people online on any given day, but when combined with the first two characteristics above, it can be a strong indicator.

What Can Be Done?

If you ever find yourself attacked by one of the 50 Cent Party members, there are 5 things that you can do and tools that you can use. Here are a few things:

If you are being attacked on your own social media platform, immediately try to block access to every account, or as many as possible that you believe to be nefarious. This is likely a healthy choice, even if they turn out to not be Chinese agents.

If you do not control the forum, then it is best to ignore the comments. Seriously. Trolls want attention. They feed off of it, like a tick feeds off of the blood of it’s host. You must starve them of the nutrients that they crave. Ignoring them takes away their power over you. They want to hurt you for daring to disagree with them. Ignoring is not the same as being silent. You can simply respond to others on the forum without engaging with the troll.

Ignoring a troll can help pacify the troll, isolate their behavior, and align yourself with other users. This allows you to control the conversation, even if you do not control the forum. One method I regularly use is to specifically respond to comments of other non-trolls users in the conversation, (highlighting their names) and not address the attacks of the troll at all.

Chinese trolls thrive on anonymity. The worse thing that can happen is for it to be revealed to everyone in the conversation that they are paid by the government. Their opinions are not their own – they have a price tag. They are hired drones that spew hate. Share in detail with your alliance in the conversation, but do not direct it at the troll.

Shawn started to look pitiful in a corner all by himself, supporting Communist ideology.

The most important thing is to not lose sleep over the attacks. Seriously. Shut off your computer for a while, read your Bible, go for a run, engage your family, play with your kids, but do not spend one minute worrying about someone online that you do not even know.